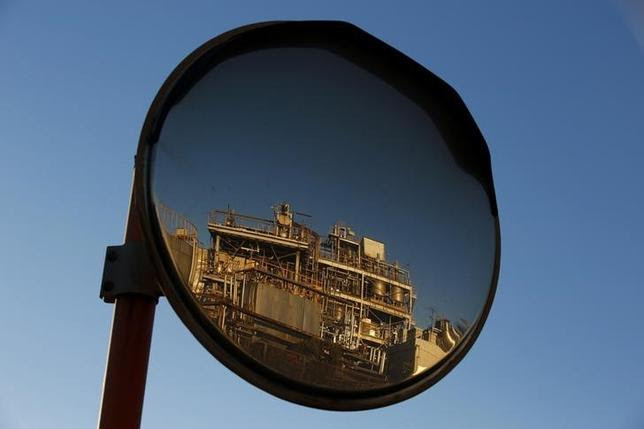 Oil eased further below $50 a barrel on Wednesday, pressured by concern a supply glut will persist and demand slow down as economic growth moderates in No. 2 consumer China.
Chinese growth for the third quarter is expected to fall below 7 percent for the first time since the global financial crisis. The International Energy Agency (IEA) said on Tuesday the oil market would remain oversupplied in 2016.


"Prices should remain low," said Daniel Ang, an investment analyst at Phillip Futures. "We are still in oversupply."

Crude gained some support from a weaker dollar, which fell to a 3-1/2 week low against a basket of currencies as signs of economic weakness in China bolstered expectations the United States will wait longer before raising interest rates.

The IEA forecast on Tuesday that oil demand growth would slow next year and a potential increase in supply from Iran would counter slowing output from the United States and other countries outside OPEC, keeping the market oversupplied. [IEA/M]

The Organization of the Petroleum Exporting Countries in 2014 dropped its longstanding policy of supporting prices by cutting output, choosing instead to defend market share against higher-cost producers such as U.S. shale oil.

In a sign the strategy is working, a forecast from the U.S. Energy Information Administration sees U.S. shale production falling by the most on record in November, extending a nationwide output decline into a seventh month.

Still, the latest round of weekly U.S. supply reports is likely to suggest no end to the glut is yet in sight.

The API releases its data at 2030 GMT, followed by the EIA on Thursday.