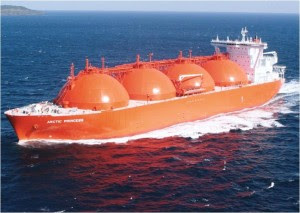 Total annual shipping operating costs fell by an average of 0.3% in 2013, according to the Moore Stephens yearly report.
This compares with the 1.8% average fall in costs recorded for the previous year.

In 2013, crew costs was the only category to show an increase over the 12 month period, indicating that shipowners continued to focus on managing costs and conserving cash during the year.

These findings are set out in OpCost 2014 (www.opcostonline.com), Moore Stephens’ ship operating costs benchmarking tool, which revealed that total operating costs for the tanker sector were up in 2013, the financial year covered by the study.

Bucking the trend, the tanker index went up by 2 points, or 1.1%, The corresponding figures in last year’s OpCost study showed a fall of 5 points in this sector.

Overall, tankers experienced an increase in crew costs of 1.8% on average, compared to a 2.3% fall recorded in 2012.

Expenditure on stores was down by 1.9% overall, compared to a drop of 2.1% in 2012. The biggest fall in stores’ costs was the 5.5% recorded by VLCCs. In the tanker sector, the overall reductions in costs was 2.1%. The most significant increase in stores expenditure was that recorded by the operators of tankers in the 5,000-10,000 dwt range at 6%.

The overall drop in costs of 0.3% recorded in respect of insurance compares to the 6.2% fall recorded for 2012 and was the lowest in this category for a number of years. All but 5,000-10,000 dwt tankers and Handysize product tankers – paid less than in 2012.

Moore Stephens partner Richard Greiner said: “This is the second successive year-on-year reduction in operating costs. The fall in costs for 2013, however, is 1.5% below that recorded for 2012 and coincides with a period of slowly returning confidence in the shipping industry, according to the Moore Stephens Shipping Confidence Survey.

“Crew costs were the only category of expenditure to show an increase over the 12-month period covered by the survey. This time it was a comparatively small rise for an industry, which had seen increases of more than 20% at their peak. The fact that crew costs were the only category to show an increase for 2013 is perhaps a reflection of a diminution in the number of owners and operators exiting the industry and a reminder that investment in good people is a must,” he said.
Posted by Crude Oil Daily at 11:13 AM