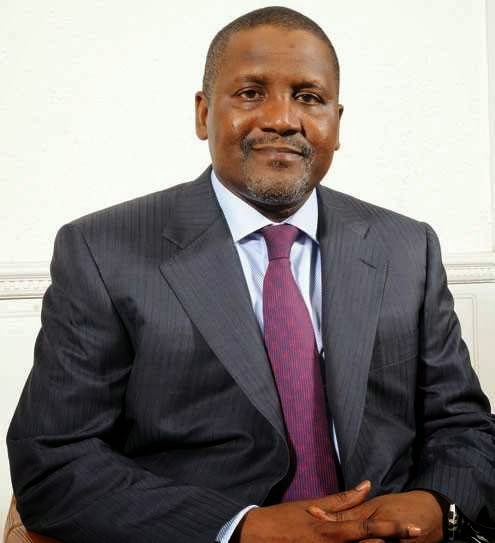 DANGOTE Group, controlled by Africa’s richest man, Aliko Dangote, is considering buying Nigerian oil fields as international companies plan to sell onshore assets in the continent’s top crude producer.
The company, which has interests from cement to sugar, needs to secure a supply of crude oil and a "substantial amount of gas" for a $9bn oil refinery and petrochemical complex it plans in southwest Nigeria, says executive director Devakumar Edwin. The group also needs energy for its cement plants in Africa’s second-largest economy, he says.
"We’re seriously thinking of investing in oil blocks both for gas and for oil," Mr Edwin says. "We’ve started talking with some companies who are divesting from onshore."
International oil and gas explorers including Royal Dutch Shell and the California-based Chevron Corporation are selling onshore and shallow-water fields in Nigeria amid persistent violence and crude theft in the oil-rich Niger River Delta, with smaller Nigerian companies taking their place.
Dangote Group believes it can manage the unrest and aggrieved communities with corporate social initiatives, Mr Edwin says.
"We know the terrain much better, we know the risks and we believe the risks can be managed. The primary risk is people blasting your pipelines. I wouldn’t like to go and invest in a block which is totally inland and then I have to start buying inland pipelines."
Armed attacks, mainly in the delta’s swamps and shallow waters, reduced Nigeria’s oil output by 29% between 2006 and 2009, Bloomberg data show. Although the violence eased after thousands of fighters accepted a government amnesty offer and disarmed five years ago, a surge in oil theft by gangs tapping crude from pipelines pushed output to four-year lows last year. Nigeria pumped about 1.9-million barrels of crude a day last month.
Dangote’s complex will include a 400,000-barrel-a-day refinery, a 2.8-million-metric-tonne urea plant and a petrochemical factory to produce polypropylene, used in plastics. The group plans to expand the refinery capacity by 100,000 barrels, Mr Edwin says.
Nigeria is Africa’s most populous nation with about 170-million people. It relies on fuel imports to meet most of its needs due to mismanagement, poor maintenance and ageing equipment at its four refineries. Dangote says its refinery will halve Nigeria’s fuel imports.
Mr Dangote, who is co-chairman of this year’s World Economic Forum meeting in Davos, has seen his wealth climb by $1.1bn, making him the world’s 27th-richest person with a net worth estimated at $24.9bn, according to the Bloomberg billionaires’ index.
Dangote Cement, Africa’s biggest producer of the building material and Nigeria’s largest company, is looking at expanding in three South American countries and has signed a preliminary jointventure agreement with one company, according to Mr Edwin, who is also the CEO of the cement business.
With a market capitalisation of 3.8-trillion naira ($23.8bn), Dangote Cement has three plants in Nigeria and plans to expand in 13 other African countries, bringing total capacity to more than 50-million tonnes by 2016. It is also expanding in Asia and has signed limestone mining rights in Indonesia and Nepal, Mr Edwin says.
Dangote will delay a listing of its cement company’s shares on the London Stock Exchange until at least next year when plants in countries including Cameroon, Senegal, Sierra Leone and Zambia are commissioned, Mr Edwin says.
Dangote Cement shares have declined 2.2% this year to 225.02 naira in Lagos. The stock advanced 71% last year.
The sale will probably happen once investors can "see us as players outside Nigeria, not just as Nigeria champions, and that we can repeat our success story elsewhere", Mr Edwin says.
Bloomberg
Posted by Crude Oil Daily at 3:40 PM