Gold Prices Up 11% Since Market Collapse On Physical Demand, But Bullishness Is Lacking 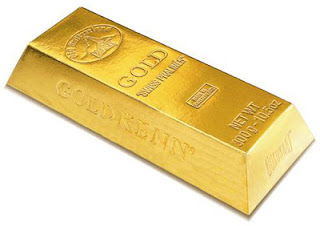 http://www.forbes.com/sites/afontevecchia/2013/05/09/gold-prices-up-11-since-april-collapse-on-physical-demand-but-sentiment-is-lacking/
After a massive decline in mid-April that shattered any sort of confidence in the gold market, bullion prices have remained relatively range bound. While physical demand has picked up, ETF liquidation has kept the gold market flush with supply. Amid light volumes, record-high stock markets, and relative tranquility in Europe, gold has failed to garner enough momentum to break out, despite gaining more than 10% since hitting its 52-week low of $1,323 after the massive April plunge.
If you bought gold on April 16 and held on, you would think you’ve made a good investment. At least a good trade. The yellow metal is up 11% since then, the day after a multi-session market collapse that saw bullion prices fall more than $200, or nearly 15%. The decline was so hard that it wiped out $640 million from the portfolios of hedge fund billionaires John Paulson and David Einhorn, if one includes gold equities and assumes their holdings haven’t changed since their latest regulatory filings.
Move up http://i.forbesimg.com tMove down
On Thursday, the yellow metal was trading down 0.4% to 41,468.60 an ounce by 2:32 PM in New York.
Gold prices have lacked direction, UBS UBS’ Edel Tully explained, as neither headlines nor data have had a material impact on sentiment. Bullion’s gradual ascent over the past few weeks has been tied to a resurgence of physical demand, which has helped the market remain tight in the face of thin liquidity.
The physical market has guided prices as production has been strained. Major producers like GoldCorp, Newmont, and Barrick Gold Barrick Gold all made reference to a difficult environment in their recent earnings releases. They face a sort of new paradigm, with prices no longer making new highs and costs that continue to rise. Rumors of producers hedging prices appear unjustified, Tully argued, given the large amount needed for such hedges.
Capping that rise in prices is the continued liquidation of ETF gold holdings, which according to Tully has gone on for 22 consecutive days. This not only tempers price action, but also clouds sentiment and adds to the lack of direction as more supply flows in.
Gold markets are at a difficult crossroads. Continued money printing by Ben Bernanke in the U.S., Kuroda in Japan, and possibly Draghi across the Eurozone has the potential to debase some of the world’s major currencies, which should be supportive of the yellow metal. Yet several factors seem to be conspiring to keep a lid on prices, and pushing equities and other risk assets to higher highs. Relative calm across the Eurozone, a continued, albeit tepid, recovery in the U.S., and a relative slowdown in China are all gold-negative. Until these factors play out, and investor sentiment takes a clearer direction, gold is set to remain range bound.
Posted by Crude Oil Daily at 4:52 PM