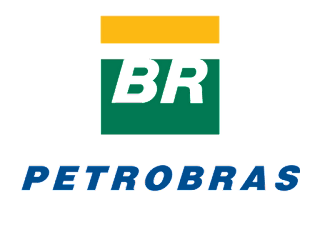 Brazilian major Petrobras has again dominated the market recently taking more large vessels on period charters.
These include Chandris’ VLCC ‘Britanis’ fixed for three years at $25,500 per day, Lykiardopulo’s Aframax ‘Siena’ for two years at $15,500 per day and Genmar’s Suezmax ‘Genmar Spartiate’ for three years at $19,750 per day. The National Chemical Carriers Company (NCC) has signed a timecharter agreement for three chemical tankers – two of 45,000 dwt and one of 75,000 dwt - with International Shipping and Transportation Company, a subsidiary of Saudi Basic Industries Corporation SABIC, for a five year period years, with an option to extend for another five years.The Bahri subsidiary said that the value of these timecharter agreements is about SAR480 mill for the first five years. Remaining in the product/chemical tanker sector, Navig8 reportedly fixed three Croatian-controlled MRs for 12 months each. These were the ‘Kastav’ and ‘Istra’ for $10,600 per day each and the ‘Pomer’ for $10,950 per day. The latter included an option for a further 12 months. Clearlake was also believed to have fixed the Handysize ‘Scarlet Star’ for 12 months in direct continuation for $12,250 per day. In the S&P sector, a newbuilding Suezmax originally ordered in 2008 by Irano-Hind was thought be the subject of sales negotiations with the Shipping Corp of India. Another newbuilding, the MR ‘Gan-Trust’, was thought to have been sold to Prime Marine Management for $31.9 mill. She is due for delivery from Hyundai Mipo in January next year. Knightsbridge’s VLCC ‘Hampstead’, ex ‘Megara’, was thought committed to Chinese interests for $24.3 mill, while the Japanese-controlled VLCC ‘Tsushima’ was reported sold to unknown interests for $67 mill, which included a 12 month timecharter back to the sellers at an unknown level. Those leaving the fleet included the 1993-built VLCC ‘Sea Glory’, ex ‘Hebei Spirit’, reported as sold to Bangladesh recyclers for $435 per ldt. The 1989-built Suezmax ‘Ocean Amber’ was also believed sold to Bangladeshi interests on private terms, while the Aframax ‘Vemabaltic’, which was recently used as a storage vessel in Gibraltar, was reported as sold to Pakistani breakers for $435 per ldt.
Posted by Crude Oil Daily at 10:39 AM