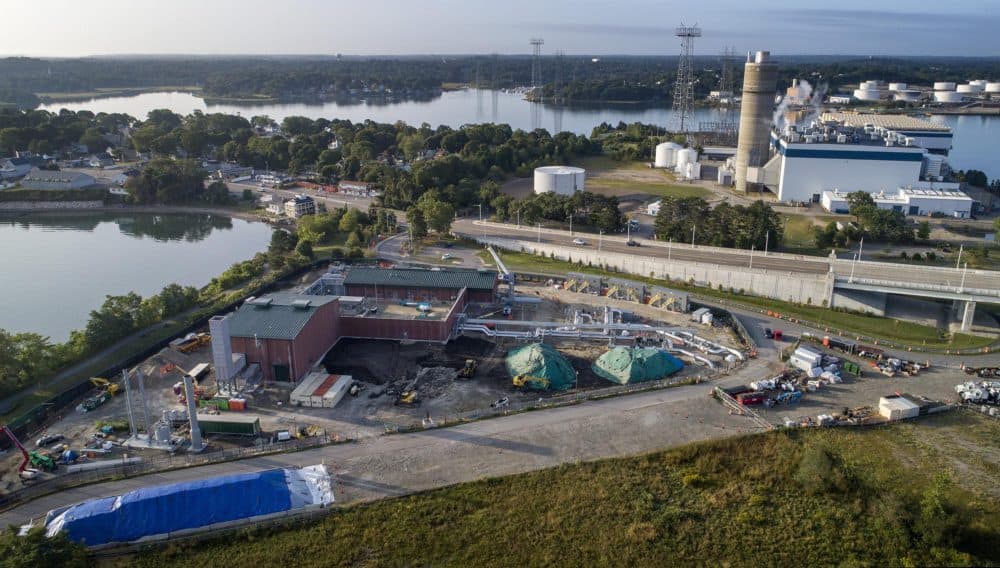 The town of Weymouth will drop its ongoing legal fight against a controversial natural gas project, and energy giant Enbridge will pay the municipality $10 million as part of a newly reached host community agreement that immediately drew condemnation from opponents of the compressor station.

Enbridge will pay Weymouth $10 million within 30 days. Town officials said in a press release that the money will go toward a range of public safety, infrastructure and environmental uses.

The company will also help the town seek changes to the state tax structure in an attempt to avoid a "less favorable property tax structure from being applied to the compressor station upon operation," the town wrote in a press release. If successful, Weymouth could collect up to $28 million more in property taxes over the next 35 years.

Get up to speed on the local coronavirus outbreak and other news Boston is talking about. Add our daily newsletter to your morning routine. Sign up now.

Enbridge, Weymouth and the state Department of Environment Protection agreed to place a permanent air-monitoring station on town-owned land off of Monatiquot Street, which officials said is "the closest to Town residents, providing the most accurate information about the air residents breathe."

Weymouth municipal leaders had been vocal opponents of the proposed facility for years, joining with environmental, public health and community groups in attempts to sink its approval or get permits overturned.

Attorneys warned that they are unlikely to succeed on any outstanding lawsuits, according to the release, which appears to have pushed town officials into accepting a deal smaller than the $47 million that Enbridge predecessor Spectra offered in 2016.

"The natural gas companies have all the permits necessary to operate," Weymouth wrote in its release. "There is almost no chance these remaining lawsuits will cause the compressor station to stop operating and stay stopped. Just like the recent pause, the Town may be able to pause operations temporarily, but again, the compressor station will operate (unless) three remote possibilities simultaneously occur."

Weymouth Mayor Robert Hedlund told the Patriot Ledger that the town will not pursue appeals on any remaining lawsuits.

"The clock has run out on us and we have a fully permitted facility that we know is going to start up very soon," he told the Ledger.

Hedlund stressed, however, that the agreement does not prevent the town from future legal action if Enbridge "steps over the line."

"Town public safety, emergency management, and health officials will remain vigilant in monitoring the operations of the facility and hold the gas company accountable if there is any deviation from the aforementioned plans or from any mismanagement of this facility," he said.

The facility has long been a source of controversy, drawing criticism from a range of advocacy groups and from virtually every lawmaker representing the area. It received all required state and federal permits, however, and Gov. Charlie Baker's administration has upheld those approvals after appeal processes.

The Fore River Residents Against the Compressor Station group blasted Hedlund for reaching the agreement with Enbridge, calling it "hush money."

"Four years ago, Enbridge came to Weymouth with a $47M offer, half of which was predicated on a state level tax code change," FRRACS President Alice Arena said. "Now, with their threat of the compressor almost fully realized, they offer one fourth of the amount at a time when the Town needs even more to cover the cost of additional fire and police training and equipment due to the siting of their toxic and dangerous facility. We have no faith that this tax code change will ever occur."

"This paltry sum will never make the community whole after Enbridge has taken our health — and possibly our property and lives — away," Arena continued. "While we thank the Town for their legal efforts up to this point, we are more than disappointed that the Town did not consider what the life of even one citizen is worth. FRRACS will continue to fight the operation of this facility."

Enbridge's compressor station, located on the banks of the Fore River near densely populated neighborhoods, is fully built and had been poised to start service until two emergency shutdowns and natural gas releases in September prompted federal regulators to shut it down.

Max Bergeron, a spokesperson for the company, said Friday that the company is still working with the federal Pipeline and Hazardous Materials Safety Administration to meet required corrective actions.

He declined to say when Enbridge would seek permission to start compressor service shipping natural gas northward to utilities in Maine and Canada.

"The Host Community Agreement was reached in order to strengthen our relationship with the Town of Weymouth moving forward, and ensure we are well-positioned to be a good neighbor and a positive presence in the community," Bergeron said. "The agreement helps nurture a collaborative relationship with local officials and community leaders, as we make progress toward safely placing the Weymouth Compressor Station in service."