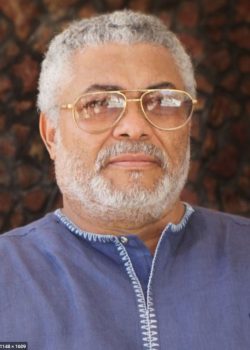 Jerry Rawlings, Ghana’s Former President, died at the age of 73 on Thursday, Nov 12 in an Accra hospital. The death was announced in a statement by the country’s president, Nana Akufo-Addo, citing an undisclosed illness.

As a young military officer at the age of 32, Rawlings was behind two coups to seize control of the government in Ghana. He was subsequently jailed but escaped shortly after. He was then successful in bringing down the government and seizing power and went on to lead the African country for 20 years.

He later became regarded as the driving force behind Ghana’s emergence as a stable democracy. Rawlings oversaw Ghana’s transition to multi-party democracy, winning elections in both 1992 and 1996 before stepping down in 2001.