Could OPEC's House of Cards Collapse? 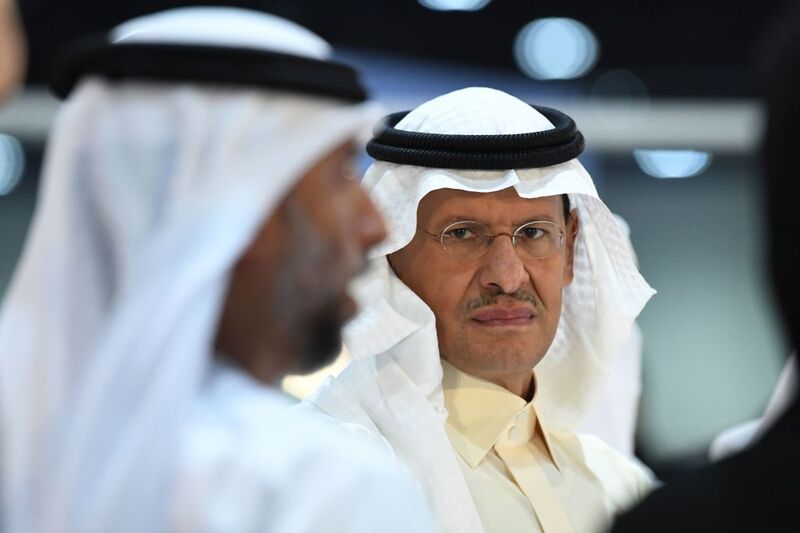 The UAE may not be serious about quitting the oil cartel, but its tantrum is a timely reminder of the group's deep fractures.

All is not well in the house of OPEC.

As the cartel’s oil ministers prepare to meet in just over a week to decide on the next step in their record-breaking output deal, officials in the United Arab Emirates, normally a loyal Saudi ally, are privately questioning the benefits of participating, and may even be considering whether to leave the Organization of Petroleum Exporting Counties.

The deliberations, leaked to the press on Wednesday, may be nothing more than an attempt to get the producer group to review the Persian Gulf country’s quota. If so, it seems unlikely to succeed. Worse, it risks throwing a wrench into the discussions over how producers should respond to the conflicting pressures from positive vaccine news and the negative impact of renewed coronavirus lockdown restrictions on travel and economic activity.

Questions about the UAE’s future in OPEC, even if they are only preliminary internal deliberations, come at an awkward time for the group and its OPEC+ allies. Tensions are emerging over what to do about output targets, which are set to be eased from the beginning of next year.

The answer seems obvious. Covid-19 vaccines are unlikely to affect oil demand any time soon and stockpiles remain high. Meanwhile, Libya, an OPEC member emerging from civil war, has added about 1 million barrels a day to supply in a matter of weeks. As a result, the OPEC+ alliance is expected to extend the current output cuts for another three to six months.

But there’s a spanner in the works: Not everyone is respecting their commitments. So the UAE, already chafing at the restrictions, says there shouldn’t be any decision until all members have fully implemented their agreed cuts.

Figures presented at last week’s meeting of the Joint Ministerial Monitoring Committee, which oversees the OPEC+ output deal, show that fewer than half of its signatories have done so.

While over-producers like Iraq, Nigeria and the UAE itself have come under intense pressure from OPEC’s de facto leader Saudi Arabia to compensate for past failings with deeper “compensation cuts,” one country has remained conspicuously absent from the roster of cheats: Russia. Despite being the OPEC+ group’s second-largest over-producer, the country has faced no public criticism whatsoever.

Long seen as the Saudis’ most reliable ally in OPEC, it’s easy to understand why the UAE chafes at this apparent favoritism towards Russia — regarded for decades as a competitor. Especially considering the very public humiliation inflicted in September on UAE Energy Minister Suhail Al-Mazrouei by his Saudi counterpart.

The UAE seems to feel aggrieved that it’s making deeper cuts than everyone else. Officials support that complaint by comparing the country’s output target with its production in April, the month the deal was hammered out.

When compared this way, the UAE has to make deeper cuts than anyone else

But that’s a cheap shot. April was when everybody opened the taps in a damaging free-for-all. None of the output targets was based on those levels. Plus, the UAE agreed to its baseline when it signed up to the deal, so it’s a bit rich to start quibbling about it seven months later.

Revisiting the UAE’s target would open up a can of worms. Iraq wants special treatment too, because of its costly fight against the so-called Islamic State. Nigeria wants some crude reclassified to remove it from its quota. Considering everyone’s grievances would set in motion a rapid unravelling of the entire OPEC+ deal.

It’s unlikely, but not impossible, that the UAE would decide to quit OPEC. Others have done so — some repeatedly — and the country doesn’t have the moral handcuff of being a founding member of the group. The political and economic stakes would be high though. In one stroke such a move would destroy the goodwill between the UAE and Saudi Arabia, which could prove costly.

After a day of public silence following the press reports, Mazrouei on Thursday said the UAE “has always been a committed member” of OPEC. The statement sounded very backward-looking and avoided any denial that it was reconsidering its membership.

Even if the issue blows over, it serves as a reminder of the fractures within the producer group ahead of a decision that will determine the course of oil prices in the coming months.

But if it doesn’t, other countries would certainly follow in ending production restraint. The impact of an extra 1.6 million barrels a day of UAE crude might not be catastrophic for oil prices, but add another 7 million barrels from the rest of the group and March’s price collapse to just below $20 a barrel would look positively benign.