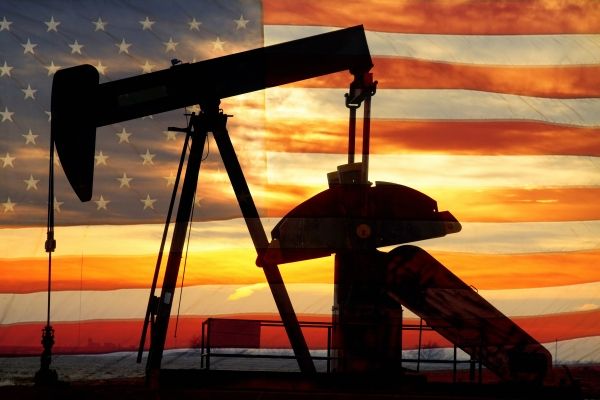 Summary
Oil prices have been caught in a battle of demand loss and supply cuts.

Prices have risen off the April lows but now are facing more challenges to break through to new highs.

We remain very bullish for the years 2021-2022, but short term, there are some challenges.
We dissect out what will project the outcome for our readers.


This idea was discussed in more depth with members of my private investing community, High Dividend Opportunities. Get started today »
Co-produced with Trapping Value

When we last dissected the fundamentals for oil in a recent article, we left with the message that there were some serious near-term headwinds. While the supply picture was improving (or bullish), demand was still far from having recovered. With a few more weeks of data under our belt, we took a look to see where the balance is headed into the second half of the year.

We begin this analysis by looking at Futures quotes on West Texas Intermediate Oil prices. 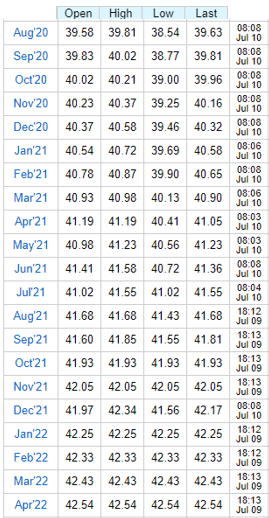 The current structure has a gentle slope of Contango. Contango essentially means that prices for months further out are actually higher than the current month. This is a marked improvement from three months back when we had a "Super Contango." Spot prices had briefly gone negative while prices for each successive month were much higher. Below we see the prices for May, June and November delivery that were hit in April. 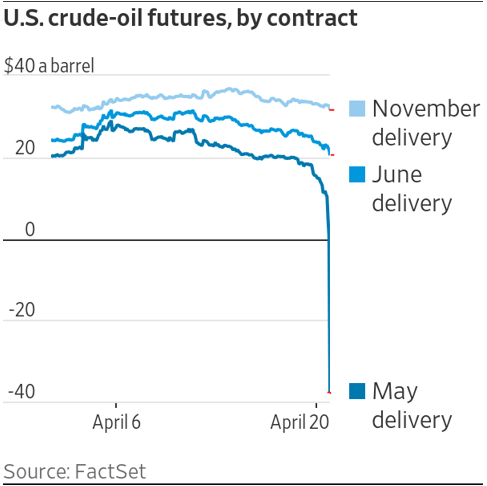 What this means is that the extreme price drops in May alongside supply cuts helped clear the market. Not only has the excess been unwound, the market does not see an immediate risk to storage overfilling.

On the US side of things, oil drilling in shale basins has come to a standstill and has not responded to the big swing in prices since April. This is extremely positive and will likely help the pricing further out. The Energy and Information Administration ('EIA') data shows that oil production has been declining sharply in the United States since March, but the declines are bottoming out. 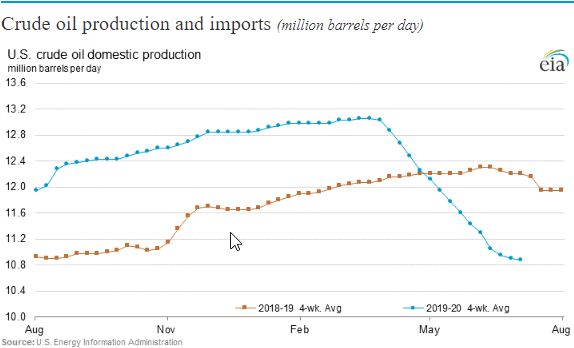 At present two forces are playing off each other.
As long as prices hold near $40/barrel, we expect US production to resume its decline after August.

Global rig counts stand today at half the levels of a year ago. Stand outs include Canada with an almost 90% drop year over year.

These rig cut decisions are made with a multi-month outlook and not prone to reverse due to a sudden spike in prices. This validates our stance that the latter part of 2021 and 2022 will see a severe supply crunch.

If OPEC gets nothing else out of COVID-19, they will get this for sure. COVID-19 was the time when OPEC functioned at peak efficiency. OPEC 10 produced 19.81 million barrels per day in June, the lowest on Argus' record. The table below depicts oil production per OPEC country and their compliance cuts in percentage. A compliance of 100% means that this specific country has fully complied with the requested production cuts. 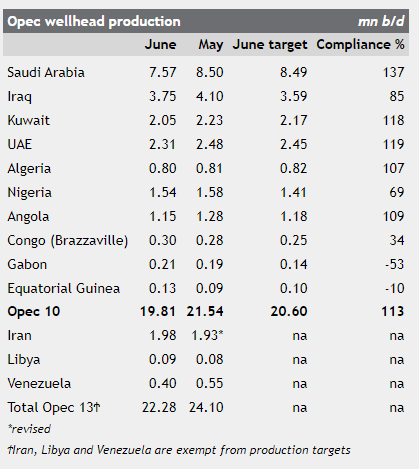 Three smaller countries missed their targets by a mile but compliance was at 113% overall (or over-compliance by 13%). Notably Iraq, the worst of the bunch by a country mile, finally started complying and delivered 85% of the promised supply cuts. Nigeria was still behind and received several warnings from other OPEC members that it had to either step up or possibly face consequences. Under relentless pressure, Nigeria too has committed to meeting its target by mid July.
While Venezuela was not given a quota, its production free fall is helping OPEC achieve its objectives. Venezuela began July with zero rigs in the ground and production of just 300,000 barrels per day. This is even below internal consumption estimates and down from about 800,000 barrels per day a year ago. From the oil bulls' perspective, there's a lot of permanent damage to these heavy oil plays and a big rebound is unlikely even if prices rise significantly.

The demand picture was murky in late March but has decidedly shown its hand. US gasoline demand for one has been rebounding like a baseline hit from Novak Djokovic. 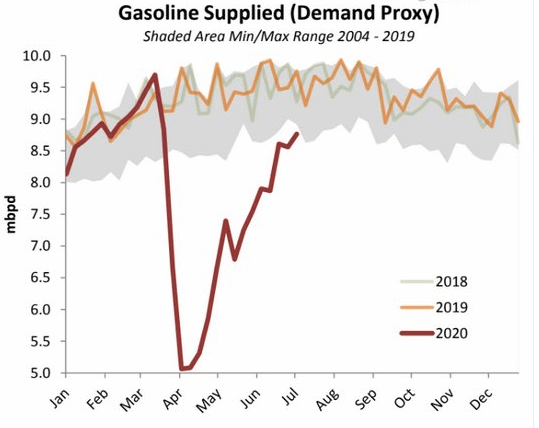 Source: Princeton Energy Advisors
Some of it is "pent-up" demand catch up. Some of it is shunning public transportation in the age of COVID-19. Finally, some is replacing flight demand as many smaller routes have been temporarily suspended. Even after all of that, considering an economy built on working from home, this is a very, very impressive rebound!

Jet fuel on the other hand has had a very tepid rebound.

Globally, the big demand increases in the last few years have come from India and China. In the case of India we are seeing a very lackluster recovery in demand. 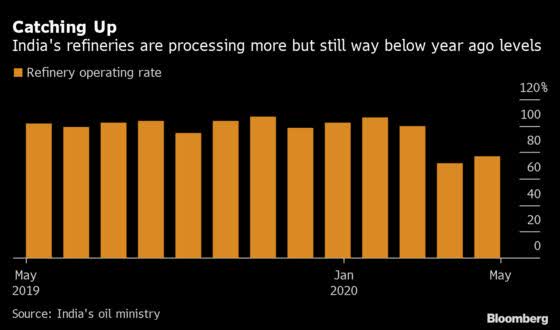 This was expected as the seven-day moving average of Coronavirus cases has increased 13-fold since early May. 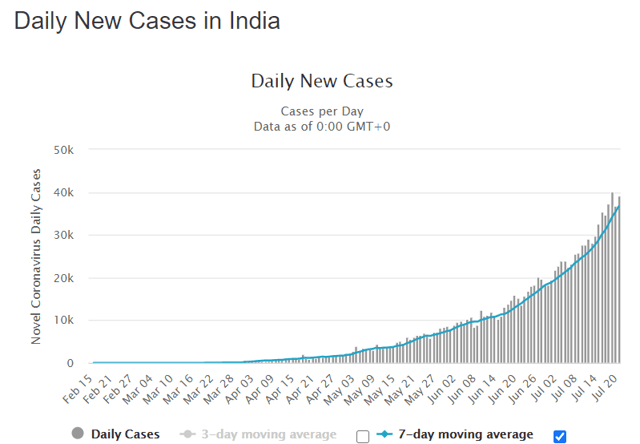 China on the other hand is demonstrating rather exceptional demand for this phase of the world economy. Refiners bumped up output and China imported record amounts of crude oil in the last 30 days. 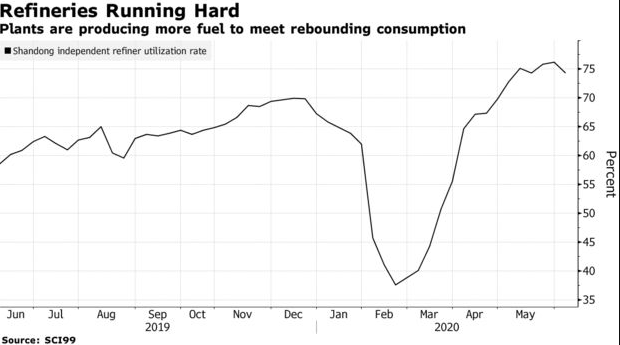 While many doubt China's COVID-19 data, the oil import numbers are validated from external sources as well and suggest that China's rebound is likely stronger than investors are currently pricing in. Globally there continues to be ups and downs in the battle with COVID-19 with Australia just announcing that Melbourne will go into its second lockdown.

While the fundamentals are improving, positioning in the futures market has gradually become more negative. Net speculative long positions are on the higher side historically at over 543,000. 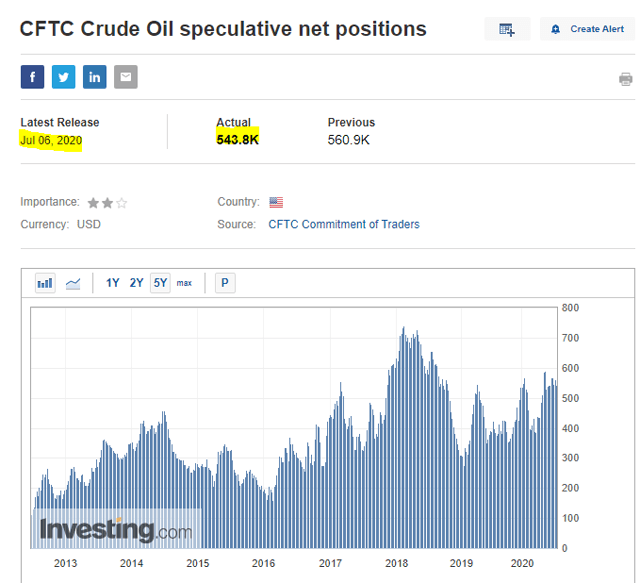 Within this group we like to focus on "Managed Money" which is the best proxy for sentiment. Long positions are up sharply since the March bottom while short positions have declined. 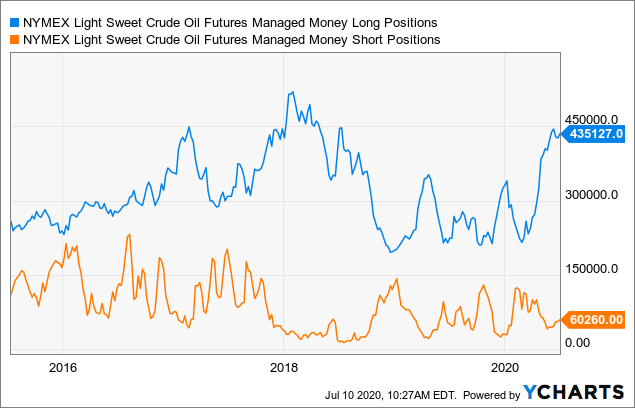 This shows that sentiment is strongly bullish on oil prices. This bullishness puts the markets at an increasing risk of a significant pullback, possibly into the low $30s area, in our opinion. 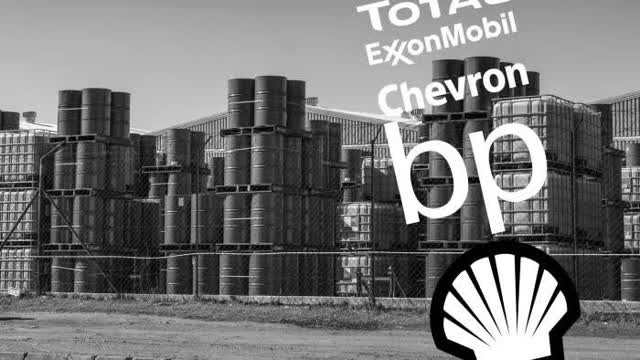 Factors that continue to line up positively for oil are falling US supply and rebounding US gasoline demand. This is buttressed further by exceptional OPEC compliance and falling rig counts globally. Jet fuel remains the strongest outlier of the recovery plan and is pushing demand normalization much further out on the curve. Refiners also are reluctant to bid up crude as margins have been non-existent even in the peak driving season. With refiners on the sidelines, speculators have jumped into the fray. But they will likely be shaken out before we advance higher. Expect $45/barrel to act as a hard ceiling in the next two to three months.

The bottom line is that we remain very bullish on oil price longer term with a price target of +$60 a barrel to be reached in the years 2021-2022. However, shorter term, we are likely to see a pullback.

Investors should use any pullback in oil to add positions in our favorite oil stocks Imperial Oil (IMO) and Whitecap Resources (OTCPK:SPGYF).

For income investors looking for super high yields, we are very bullish on some preferred stocks of midstream companies. The following preferred stocks offer extraordinarily fat yields:
The energy sector is likely to be one of the biggest winners over the next 24 months, despite possible short-term headwinds.

Thanks for reading! If you liked this article, please scroll up and click "Follow" next to my name to receive our future updates.
Posted by Crude Oil Daily at 2:18 PM