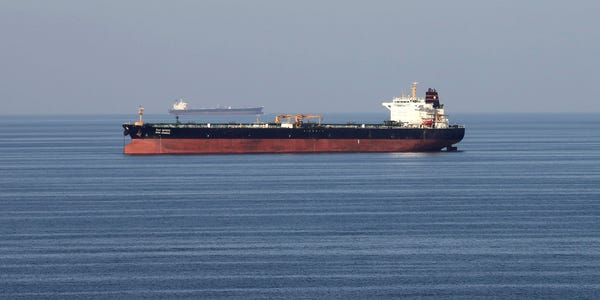 
LONDON (Reuters) - Tens of millions of barrels of crude and oil products stored on tankers at sea due to the coronavirus crisis are being sold, in a sign fuel demand is recovering as lockdowns ease, shipping sources say.

Fuel demand tumbled as much 30% from March to May, with some surplus stored at sea as land storage filled up.

Refined products held on vessels dropped to 50 million barrels from a mid-May peak close to 75 million barrels, IHS said, adding gasoline stocks were the fastest to be offloaded.

“Volumes shown under floating storage can potentially drop rather fast during July,” Fotios Katsoulas of IHS said, adding there were several tankers off China waiting to discharge.

Demand for floating storage at the peak of the crisis was helped by a market contango, a price structure where cargoes for delivery in the shorter term are cheaper than those for later delivery, encouraging traders to store fuel until prices pick up.

As the contango has narrowed with rising demand, there is less incentive to store fuel.

In addition, OPEC, Russia and other allies, a group known as OPEC+, have curbed production and output from the United States and elsewhere has fallen, leaving less surplus oil to keep at sea, a more costly alternative to onshore storage.

“With output levels lower, this has reduced the need for storage on land and combined with a reduction in price contangos, there is less of an incentive to store crude at sea,” said Rebecca Galanopoulos Jones, with broker Alibra Shipping.

“We believe floating storage is going to gradually decline from now and reach normal levels sometime during the autumn,” a spokeswoman with shipping group NORDEN said.
Editing by Dmitry Zhdannikov and Edmund Blair

Our Standards:The Thomson Reuters Trust Principles.
Posted by Crude Oil Daily at 11:13 AM