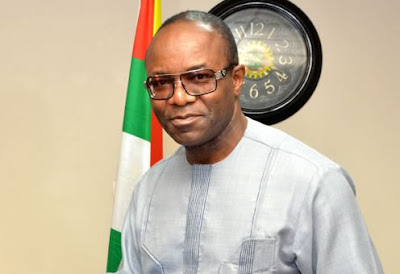 Nigeria has made an initial payment of $400 million, out of the $5.1 billion debt owed to its foreign oil partners, as it kickstarted a new funding mechanism for upstream ventures aimed at boosting investment in the oil and gas sector, oil minister  said Wednesday.

In December 2016, the government signed a new funding arrangement with Shell, ExxonMobil, Chevron, Total and Eni, that would see Nigeria exit the system of contributing money to fund its average 57% equity in the ventures, known locally as cash call, and allow producers to independently source funds and control their own budgets.

"The first payment of $400 million was paid last week to the IOCs [International Oil Companies]. The $400 million payment was part of cash call debt owed the IOCs in 2016," a statement Wednesday from the oil ministry quoted Kachikwu saying.

"The sustainable funding of the [joint ventures] will lead to an increase in national production from the current 2.2 million b/d to 2.5 million b/d by 2019," the minister said.

Output has recovered gradually this year as militant attacks have fallen substantially since early January after the government stepped up peace talks in the key producing Niger Delta to end militancy in the region.

Nigeria is currently exempt from the OPEC production cuts because of the issues it is facing with militancy in the Niger Delta.

The six-month deal, which expires in June, will be up for review at OPEC's next meeting on May 25, with some ministers saying the production cuts should be extended to continue drawing down global inventories.

Sources have said that with Nigeria restoring output, it could be asked to join the output cuts, if the deal is extended.

In late November oil minister Emmanuel Kachikwu acknowledged that a fully recovered Nigeria would likely be asked to share in the cuts.

On the debt to IOCs, Nigeria owed $6.8 billion as at September 2016, under the previous funding mechanism.

Kachikwu said that in exiting the cash call arrangement, Nigeria secured 25% or $1.7 billion discount on this debt following the agreement reached with the companies.

"The immediate effect of the new cash call policy will increase net Federal Government revenue per annum by about $2 billion," the minister said.

Apart from the disruption in the Niger Delta, the lack of proper funding had stunted the growth of Nigeria's oil production and state oil firm NNPC said late last year that joint venture production dropped to about 800,000 b/d now from 1.2 million b/d six years ago following the government's inability to properly fund the joint ventures.

Kachikwu also said the Nigerian government was in talks with foreign companies for the latter to take more responsibility for infrastructure security in the Niger Delta in a bid to end militancy in the region.