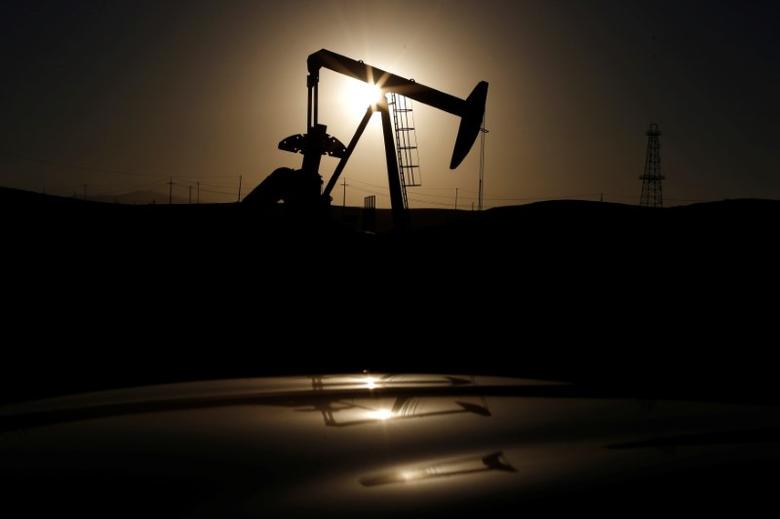 Oil prices fell one percent on Friday after U.S. crude inventories rose for a seventh week, showing that the market is still struggling to ease oversupply despite many producers' efforts to rein in production.

U.S. crude stocks USOILC=ECI rose by 564,000 barrels in the week to Feb. 17, the Energy Information Administration (EIA) said, though the increase was less than the 3.5 million barrels expected by analysts. [EIA/S]

The continued rise in U.S. inventories comes as members of the Organization of the Petroleum Exporting Countries (OPEC) and other producers have cut output.

Their joint compliance with a production-reduction deal reached at the end of last year was around 86 percent in January, according to OPEC sources quoting results from a technical committee meeting held this week.

Compliance is set to rise even further in coming months as OPEC laggards United Arab Emirates and Iraq have pledged to catch up with their individual targets.

The United States, which is not part of the deal, continues to ramp up production. Analysts at ING said they expect U.S. output to keep rising while prices remain strong enough to encourage further drilling.

"Prices continue to retreat on repeated failure to rise above the upper end of their trading ranges and yesterday's inventory data also weighs," said Carsten Fritsch, analyst at Commerzbank in Frankfurt.

However, signs have begun to emerge that traders are depleting storage levels that soared while oil prices were weak.

In the United States, traders are draining the priciest storage tanks as strengthening markets make it unprofitable to store for future sale and as cuts in global production open export opportunities.

"Current oil prices are neither sustainable for OPEC or the industry," AB Bernstein said in a note. "As such, inventories will have to fall, which we expect will be clearer in the spring after the seasonal build."

In Asia, traders are selling oil held in tankers anchored off Malaysia, Singapore and Indonesia.

More than 12 million barrels of oil has been taken out of storage in tankers berthed off Southeast Asian countries this month, shipping data on Thomson Reuters Eikon shows.

Analysts at LBBW said that the continued growth in U.S. production and oil prices that look to have reached a technical ceiling have led them to cut their year-end Brent price forecast by $5 to $55 a barrel.

"Most market participants realize that the good news from OPEC seems to be priced in; therefore, and because of the shale comeback (in the U.S.), we reduced our forecast," said LBBW oil analyst Frank Klumpp.