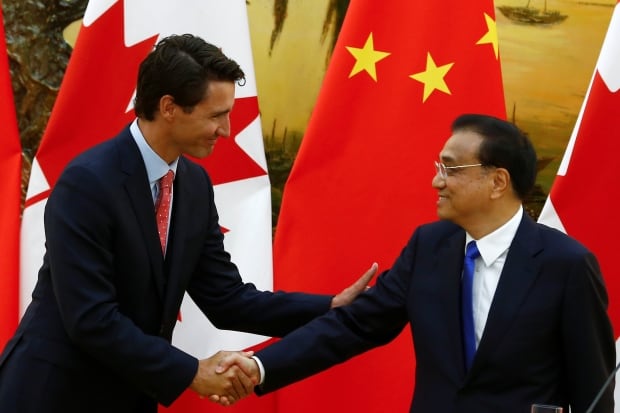 Eastern Canadian crude will make a first-of-its-kind voyage into the Caribbean and on to China, as weakening prices have opened the unique arbitrage to East Asia, crude traders said Monday.

Crude traders said a 710,000-barrel cargo of White Rose, 30.56 API and 0.28% sulfur, and a partial cargo of Hibernia, 36 API and 0.40% sulfur, will lift mid- to late February out of the NTL terminal in Whiffen Head, Newfoundland. It's unclear, however, which companies bought and sold the cargoes. Traders said the grades will first head to NuStar's Statia Terminal in St. Eustatius, where they will be co-loaded with an unspecified Latin crude grade onto a ship bound for China, likely a VLCC.

The East Coast Canada barrels will most likely be co-loaded with a cargo of Venezuelan extra-heavy sour crude Merey, according to an industry source familiar with the Latin American markets. Produced in Venezuela's Orinoco Belt, Merey crude has a typical API gravity of 16 degrees and sulfur content of 2.45%. In January, about 3.668 million barrels of Venezuelan crude were shipped from Jose Terminal to St. Eustatius, from where they are presumably distributed to buyers in other markets.

According to the latest import data from Platts China Oil Analytics, China imported an average of 403,000 b/d of Venezuelan crude in 2016, representing a year-on-year increase of 79,000 b/d, or 24.4%. A narrowing spread between the front-month swap value for Brent and Dubai has provided and incentive for imports of Brent-based crudes to China, including Venezuelan, Colombian and Brazilian grades, according to a second Latin American industry source.

During the past six months, the spread between front-month Brent and Dubai swap values has decreased $1.61/b, falling to $1.77/b on Monday.

Easing freight rates in the Americas have further opened the arbitrage window between the Americas crude markets and China, helping to keep total costs low for additional barrels needed to help make up for cuts in OPEC production. A majority of freight rates across vessel classes have trended downward since the start of the year.

The regional VLCC market experienced the deepest lull in activity in the previous two weeks, as holidays in Northeast Asia had put any deals on pause. Replenished tonnage and more newbuilds coming online in the Arab Gulf have lately flooded the global VLCC market, adding further pressure on rates in the Atlantic Basin.

Platts on Monday assessed the Caribbean-China run, basis 270,000 mt, at $5.8 million lump sum. That rate has gradually descended from an eight-month high of $6.3 million on January 11.

Freight for Suezmaxes had fallen as well, as the glut in tonnage appeared to be outpacing working cargoes system-wide, leading several market participants to brace for a bearish outlook.

The US Gulf Coast-Singapore trip, basis 130,000 mt, was assessed at $2.6 million lump sum on Monday. Trafigura placed a Heidmar vessel to be named on subjects for a USGC-Singapore voyage at $2.625 million lump sum for a February 16 fuel oil loading, but it was believed to be done prior to current market conditions.

"A lot of ships prompt," a broker said. "[There are] openings for today and tomorrow," suggesting that Suezmax rates in the Americas had not bottomed out.

The Eastern Canadian grades typically sell about 40 days before loading, meaning the cargoes were likely sold in early January as the price differentials for the crudes were on one of their biggest downward plunges of the past few years. S&P Global Platts assessed White Rose at Dated Brent plus 30 cents/b on December 30, and it fell to minus 30 cents/b by January 13. At the time, that was its lowest point since December 22, 2015, when it was Dated Brent minus 40 cents/b. Over the same period, Hibernia dropped from Dated Brent minus 55 cents/b to minus $1.15/b. That would put the outright price of the cargoes on January 13 at $44.735/b for White Rose and $53.885/b for Hibernia during the February loading period.

The grades have been pressured by competing Bakken grades and seasonal East Coast refinery maintenance.

Aligning with the weakened differentials was a decreased supply of Middle Eastern crudes, which often travel to China, due to OPEC-backed production cuts. The milestone 2016 agreement saw January output from the 13 members, not including Indonesia, at 31.16 million b/d in January, down 690,000 b/d from December, according to a Platts survey released Monday.

This will mark the second time in four months that an Eastern Canadian grade has made a breakthrough trip. Uruguay's ANCAP purchased a Hibernia cargo in October that lifted in mid-November. That trip was made possible by the grade's low price and high fuel oil yield. It's also the second time that White Rose will pioneer a move into Asia. In November 2013, Indian Oil Corp. bought about 1 million barrels of White Rose light crude produced by Husky Energy.