Seasonal factors are the “culprit” behind the latest VLCC rate downside 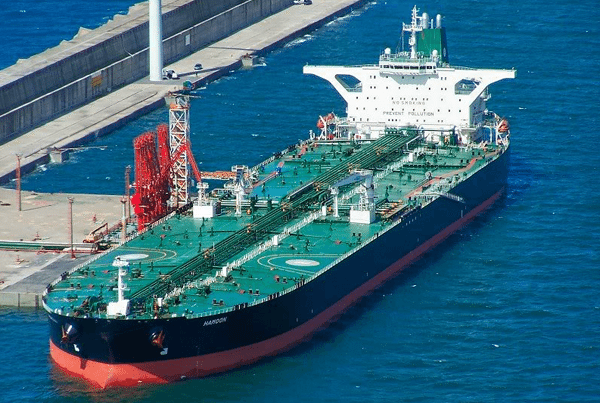 VLCC rates remained soft over the course of the past week on a continued demand lull in both the Middle East and West Africa markets, said shipbroker Charles R. Weber in its latest weekly report. The shipbroker said that “the August program in the Middle East looks likely to have now concluded with just 108 cargoes – the fewest since September ’14 and 20% fewer than during July. As a result, the number of monthly surplus units rose from four at the conclusion of the July program to 27 at the close of August”.

CR Weber said that “the extent of the Middle East cargo program’s decline was well in excess of our earlier expectations and those of most market participants; while a fully accurate reasoning for the decline is not fully known, we note that the aforementioned September ’14 tally represented a similar m/m decline – and came even as key Middle East producers had progressed into their present strategy of defending market share by maintaining steady supply. As such, we do not believe that a shift in the oil policies of Middle East producers has occurred and the August tally will merely represent a blip. Lower crude demand could have factored into the lower supply – largely as Asian refiners prepare for seasonal maintenance, which will likely be more extensive than normal as they grapple with bloated product inventories and recent margins downside”.

In terms of fundamentals, the shipbroker said that “we note that commercial managers have reacted to the present lull and corresponding rate erosion with a reduction of ballast speeds. Of units presently undertaking ballasts towards the Middle East, AIS data shows an average speed of 10.99 knots. This represents a departure from an earlier acceleration thereof, with ballast speeds having risen towards an average approaching 14 knots during 2Q15. While slowing ballast speeds will help to reduce excess tonnage when the market moves into the September program, the net impact will be relatively modest. Instead, the extent of demand will have a greater influence on the supply/demand picture and thus rates. To that end, we note that while a small production reduction has been reported for Saudi Arabia, the extent is small and correlates to a seasonal trail?off of domestic demand. Moreover, stronger VLCC demand in West Africa should materialize and help to absorb some of the Middle East tonnage. While rates could remain soft in the interim, once the market progresses into the September program in earnest (which should occur in about a week’s time), rates should stabilize. The subsequent progression into the second and third decades of the September program should usher fresh rate upside as the surplus is slowly trimmed”, CR Weber concluded.

Meanwhile, in the crude tanker market this week, in the VLCC segment, “Middle East Rates to the Far East fell 9.4 points, w/w, to an average of ws42.6. Corresponding TCEs were off by 23% to an average ~$39,605/day. Triangulated Westbound trades were assessed at an average of ~$60,896/day. Atlantic Basin Rates in the West Africa market followed the direction of the Middle East market; the WAFR-FEAST route lost 6.5 points to conclude with an average of ws52. Corresponding TCEs lost 14% to an average of ~$49,893/day. Although the Caribbean market was more active this week, with activity in nearby USG and Brazil areas also contributing, sentiment was negative on the back of the softer wider VLCC market. The CBS-SPORE route lost $200k to conclude at an assessed $6.0m lump sum. The route remains soft and further modest rate erosion could be recorded in the near-term”, said the shipbroker.

On the Suezmax markets, CR Weber noted that “the West Africa Suezmax market was slower this week with the fixture tally declining 27% w/w to 16 fixtures. The lower demand, combined with easing rates for Suezmaxes trading in alternative areas (largely due to softer Aframax rates, which reduces Suezmax competitiveness as an alternative), led to a more disjointed regional supply/demand positioning and thus applied modest downside to rates. The WAFR-UKC and WAFR-USAC routes lost 5 points and 2.5 points, respectively, with both concluding at ws70. The forward demand picture for Suezmaxes, guided, in large part by the spread cargo distribution spread between VLCCs and Suezmaxes, remains somewhat uncertain at the moment. An earlier OSP hike by Saudi Arabia for Asian buyers had been expected to increase VLCC demand in the West Africa market by pushing some Asian purchases there. However, a modest pullback of the extent of the OSP hike relative to analyst expectations reduced some of the expectations, as did the fact that Asian refiners appear to be making fewer purchases overall due to high inventories of both crude and products, and a resulting accelerating of Asian refinery maintenance. As VLCC charterers have moved past the first decade of September loadings, we note that the larger tankers were fixed for just seven cargoes, a reduction of one from the same period during the August program; this leaves more cargoes likely available for Suezmaxes. Further improving the potential for stronger Suezmax demand is that European refining margins remain generally strong and planning to move from past September maintenance should help to stoke purchases by European refiners which would be supportive of Suezmaxes. Additionally, a number of September cargoes remain available even as October offerings are expected to materialize next week; late purchases thereof would be more likely to support Suezmaxes than VLCCs”, CR Weber concluded.