US Navy presses ahead with biofuels 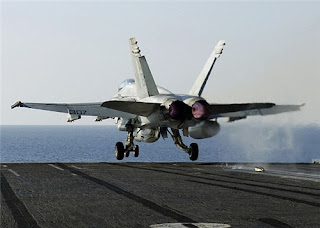 The US Navy says it is to adapt a biofuel blend for aircraft and vessel use which will be put in use near Hawaii around the middle of next year.

About 450,000 gallons of biofuels will power a navy carrier group during a maritime exercise as part of a $12 million (€8.95 million) deal with Dynamic Fuels, which is a joint venture between Tyson Foods and Syntroleum.

Solazyme will also work with Dynamic Fuels on the contract, although its company uses algae-derived biofuel whilst Dynamic works with biofuel produced from used cooking oil and non-food grade animal fats.

Navy secretary Ray Mabus says the ship and aircraft will use drop-in biofuels made up of a 50-50 blend of petroleum-based diesel and aviation fuel. He says the initiative will help to create better energy security because fossil fuels are ‘a very real threat to our national security, and to the US Navy’s ability to protect America and to project power overseas.’

US Department of Agriculture Secretary Tom Vilsack says the Agricultural Research Service and National Forest Service scientists have been looking at more non-food feed stocks for biofuels and the Forest Service announced $118 million for further development in this.

‘This announcement, I think, underscores the fact that the future for the navy … [and] this country lies in energy security, and basically controlling our own destiny by producing our own fuels in a creative and innovative way,’ Vilsack says.
Posted by Crude Oil Daily at 11:37 AM