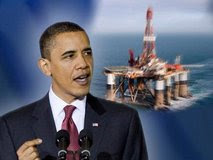 By BEN FELLER
WASHINGTON (AP) — President Barack Obama pledged a 'rigorous review' of a proposal for an oil pipeline between the U.S. and Canada after a meeting with Canadian Prime Minister Stephen Harper.

The Obama administration's move to delay a decision on whether to proceed with the pipeline was poorly received in Canada, which views the project as critical to its economy. Labor groups in the U.S., as well as Republican lawmakers, also see the pipeline as an opportunity to create much-needed jobs in the U.S.

The White House has denied that politics caused the project's delay, saying further review is needed in order to balance job creation and energy security with public health and safety.

During a joint appearance with Harper, Obama said it is important that all the issues "are properly understood."
Posted by Crude Oil Daily at 6:18 PM