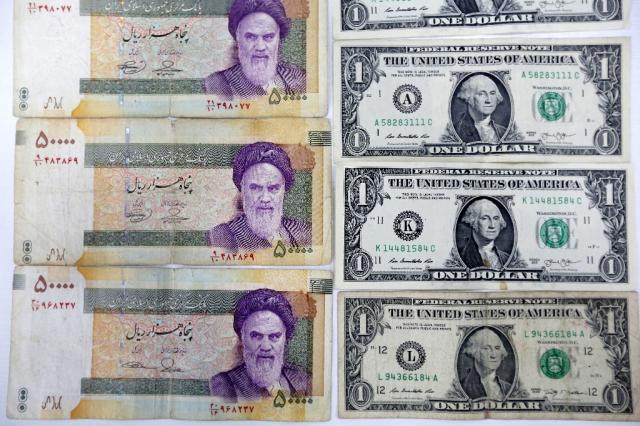 
Iran's currency hit a record low on Sunday of 100,000 rials to the dollar amid a deepening economic crisis and the imminent return of full US sanctions.

The unofficial rate stood at 102,000 rials by midday, according to Bonbast, one of the most reliable sites for tracking the Iranian currency.

The rate was confirmed by a trader who spoke on condition of anonymity to AFP.

The rial has lost half its value against the dollar in just four months, having broken through the 50,000-mark for the first time in March.

The government attempted to fix the rate at 42,000 in April, and threatened to crackdown on black market traders.

But the trade continued with Iranians worried about a prolonged economic downturn turning to dollars as a safe way to store their savings, or as an investment in the hope the rial will continue to drop.

With banks often refusing to sell their dollars at the artificially low rate, the government was forced to soften its line in June, allowing more flexibility for certain groups of importers.

The handling of the crisis was one of the reasons behind last week's decision by President Hassan Rouhani to replace central bank chief, Valiollah Seif.

The currency collapse was encouraged by the US announcement in May that it was pulling out of the 2015 nuclear deal, that lifted certain sanctions in exchange for curbs to Iran's atomic programme.

The US is set to reimpose its full range of sanctions in two stages on August 6 and November 4, forcing many foreign firms to cut off business with Iran.
Posted by Crude Oil Daily at 11:40 AM