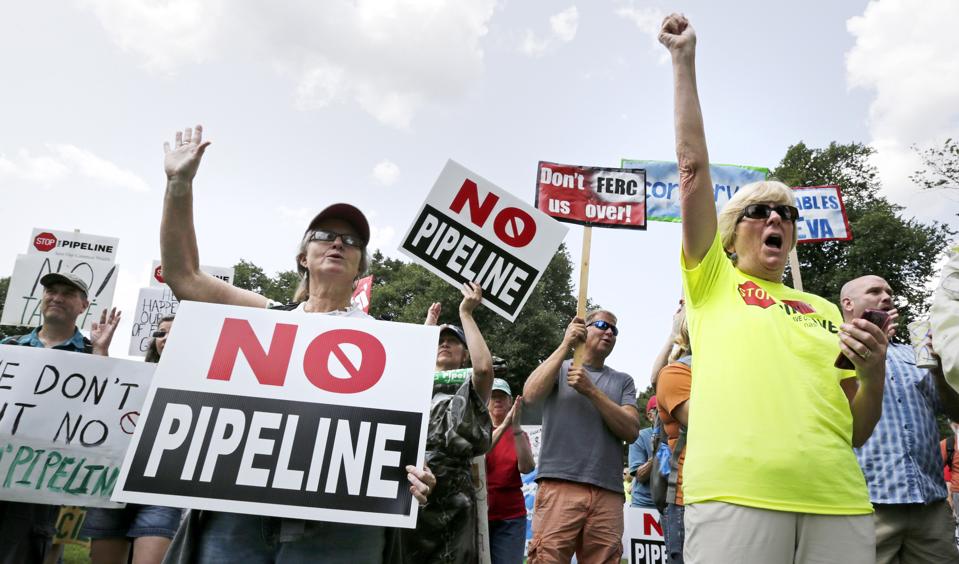 Opponents of a proposed natural gas pipeline protest on Boston Common across from the Statehouse in Boston, Wednesday, July 30, 2014. (AP Photo/Charles Krupa)

New England has been at the forefront of converting its fossil fuel power plants to use cleaner burning natural gas. In fact, the region’s electricity generation is over 50% reliant on natural gas. In addition, many New Englanders have gas lines in their homes and use natural gas for heating and cooking.

However, natural gas prices in New England are also the most expensive in the nation, because state and local governments have fought to keep out the pipelines needed to transport it into and around the region. Natural gas prices across the United States dropped with the advent of fracking, and it would be easy and cheap to supply New England with natural gas from the nearby Marcellus shale region. Several companies have tried to build pipelines to bring this gas to New England, but they were stymied by hostile local governments and ultimately by a 2016 ruling from the Supreme Judicial Court of Massachusetts that forbade utility companies from entering into long term natural gas deals with the intent of passing on charges to customers. After the legal case was decided in Massachusetts, Kinder Morgan KMI +0.06% withdrew plans for a new pipeline. 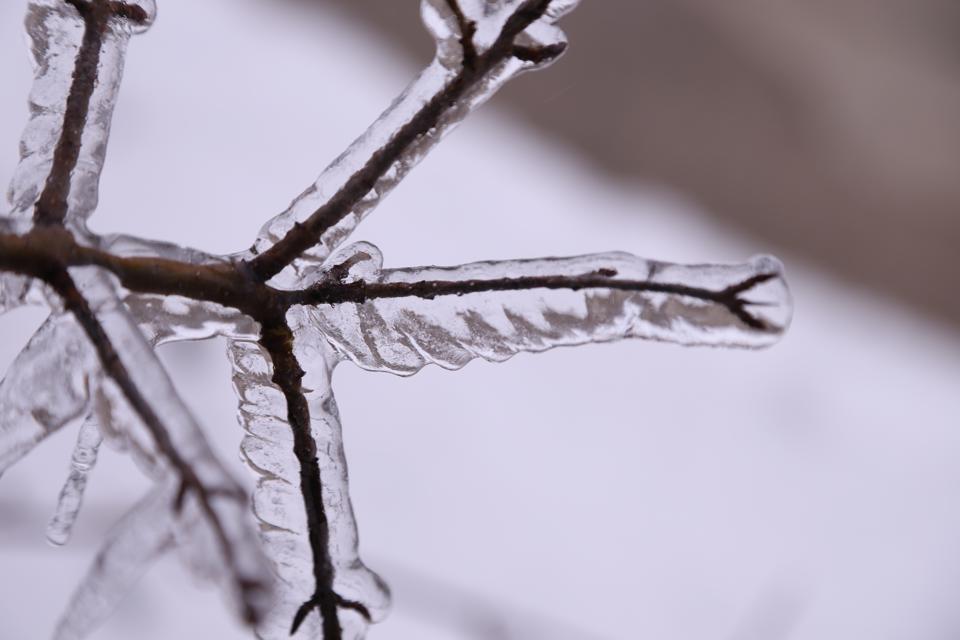 Now, a polar vortex has hit the northeast and frigid temperatures are causing demand for natural gas to skyrocket . Natural gas prices in New England tripled in just one day and are currently some of the highest in the nation. Now New England has turned to petroleum, a source of great pollution and even greater expense, for electricity generation. Over the course of one day, December 27, 2017, petroleum use grew from less than 500MW to nearly 4,000MW. Petroleum accounted for 22% of the electricity generation, just behind nuclear at 35% and natural gas at 24%.

Ironically, a region known for its protests against fossil fuels now has an electricity generation plan to be ashamed of .

Ellen R. Wald, Ph.D. is a historian & consultant on geopolitics & energy. She is a Non-Resident Scholar at the Arabia Foundation. Her book, Saudi, Inc., will be published in 2018.
Posted by Crude Oil Daily at 1:17 AM