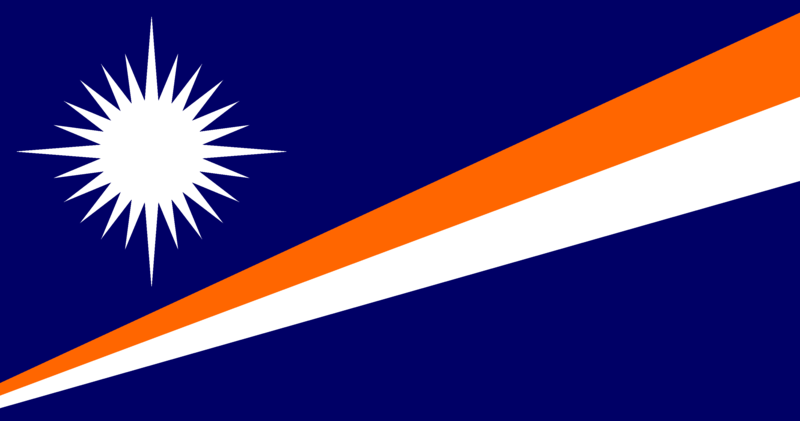 The Republic of the Marshall Islands (RMI) fleet now stands at 223,262,177 dwt, making it the second largest registry in the world in terms of deadweight tonnage, claimed International Registries and its affiliates (IRI).
"This is a very significant milestone for the RMI Registry," said Bill Gallagher, President, IRI. "A strong legislative framework, customer driven service ethos, and a commitment to quality have all been key to our continued success."

He added; "From long-standing traditional shipowners, particularly our standing as the number one flag for Greek owners, to a new wave of Chinese leasing companies, the RMI Registry is the registry of choice for owners looking for an innovative and quality driven partner."

The RMI is not only the world's second largest registry, but also the Greek shipping industry's leading flag. The RMI has been gaining market share year-on-year and the flag currently has 791 ships totalling 62,190,301 dwt (over 18.9% of total dwt of the Greek owned fleet) in its registry, making it the largest flag used by Greek controlled ships.

"Our office in Piraeus is the second largest of the RMI Registry's 27 worldwide offices," said Theo Xenakoudis, director, worldwide business operations and managing director of the Piraeus office.

"Prior to registration, we vet the owner, operator and vessel before acceptance in the RMI Registry and during the vessel's time in the Registry we continue to conduct risk assessments and work with our owners and operators to ensure their vessels meet the Registry's quality standards," continued Xenakoudis. "This process along with our service oriented philosophy has ensured the RMI Registry has maintained its excellent reputation and as such has attracted quality owners, including the Greek owners to the RMI flag."

In another development, the RMI Registry has recently received preliminary confirmation that it will continue its US Coast Guard (USCG) Qualship 21 status for 2017. The announcement was made during Intertanko's North American Panel meeting, which met prior to the beginning of the Connecticut Maritime Association's (CMA's) Shipping 2017 conference in Stamford (Conn).

"This is the 13th year in a row that the RMI Registry has held its Qualship 21 status," said Gallagher. "It's significant because this achievement is no easy undertaking for a major registry, whose ships make thousands of US port calls, to maintain less than a 1% detention rate on a three-year rolling average basis.

"The Qualship 21 designation means that ships flying the RMI flag are less likely to be detained in US ports, which assists owners and operators in keeping their ships moving," he concluded.
Meanwhile, the Liberian Registry said that it had passed the 150 mill gt milestone, confirming its position as the second largest ship registry in the world, behind Panama, in terms of numbers of ships and gross tonnage.

This follows the registration of a bulk carrier, which was recognised at this week’s Connecticut Maritime Association’s annual Shipping Conference where Cameron Mackey, Scorpio Group COO accepted a ceremonial certificate of registry from Liberian Registry CEO, Scott Bergeron.

Scott Bergeron, CEO of the Liberian International Ship & Corporate Registry (LISCR), the US-based manager of the Liberian Registry, said, “There is currently intense competition for business in the ship registration sector. Liberia welcomes competition based on quality, safety and service, and we are excited about our immediate and long-term future.”
Posted by Crude Oil Daily at 9:51 AM