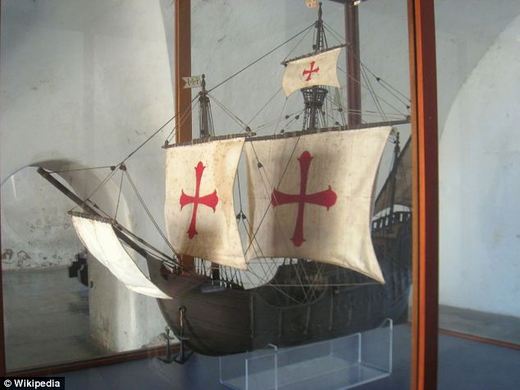 In August 1492, Christopher Columbus and a crew of 90, set off aboard three ships to find a new trade route to Asia. However, around Christmas of the same year, his flagship vessel, the Santa Maria, hit some reef off the coast of Haiti and was badly damaged.

Unable to salvage it, the explorer ordered his men to remove some of the timber and provisions from the 117-feet long wreck to use at La Navidad, the stockade he had established on the northern coast of Haiti. The rest of the once mighty Santa Maria was allowed to sink into the ocean floor where it has lain unnoticed, for the last 500 years. Now an undersea explorer believes that he may have found the history-making ship. The irony is that Barry Clifford actually discovered the wreckage over a decade ago - It was only recently that he realized the significance of his find. 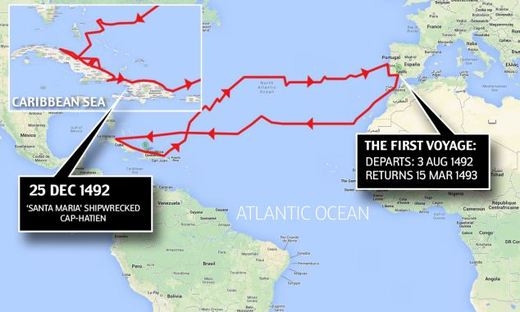 Clifford and his team first stumbled upon the shipwreck in 2003. However when the explorer showed the photos of the vessel and the cannon that was jutting out to archeologists, they misdiagnosed its importance, causing the undersea explorer to move on to more exciting projects. It was only about two years ago, whilst reading some research about 15th century ship cannons that Barry realized he may have found something of major historical value.

Deciding to pursue his hunch further, he and his team members made their way back to Haiti a few weeks ago. After conducting an extensive non-invasive survey of the wreckage site, which included measuring and photographing the ship remains, Clifford emerged convinced that the wreckage belongs to the long-lost Santa Maria. While the 15th century cannon that the explorer had observed and photographed the first time has been stolen, there are other clues like ship's size as well as the rocks around the wreck. Most likely used as ballast, they are consistent with the ones found in the Spanish port of Palos, from where Christopher Columbus set sail. 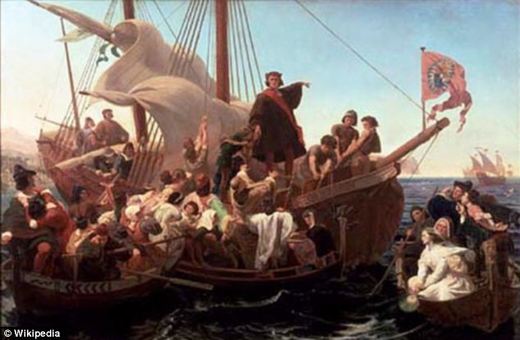 The explorer now plans to get a team to excavate the wreck which he thinks is in a good enough condition to be pulled up in its entirety, and preserved for future generations. The archaeological dig, which is scheduled to begin shortly, is being sponsored by the History Channel, who plans to make a full-fledged documentary to share with the world.

This is not the first time Clifford, one of the world's leading underwater archaeological investigators, has found an artifact of historical significance. In 2007, he located the wreckage of a ship that belonged to a notorious Scottish pirate by the name of William Kidd, in the shallow waters off the Dominican Republic. He is also responsible for discovering a slave ship that sank off the coast of Cape Cod in 1717.
Posted by Crude Oil Daily at 2:01 PM