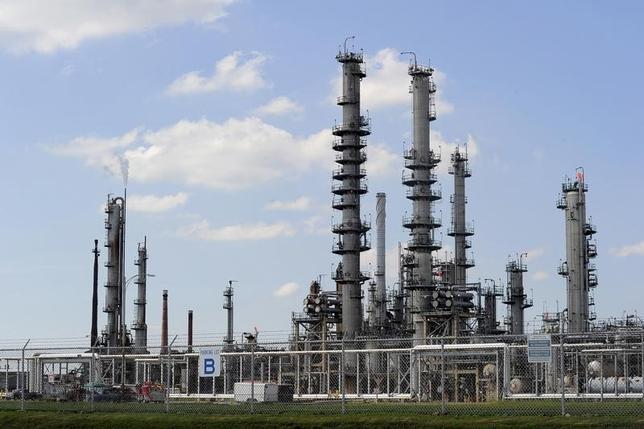 PBF Energy Inc, one of the largest independent oil refiners in the United States, spent heavily in recent years to build the rail terminals at its Delaware City complex that it needed to take delivery of large loads of crude coming from North Dakota's Bakken oil fields.


But now it is considering eliminating those deliveries altogether, and replacing them with foreign crude imports, according to two sources familiar with the situation. It has even closed its small Oklahoma City office that was only opened in 2013 and had served as a hub for the company's trading in North Dakota's oil, the sources said.

The sudden lack of interest in Bakken crude by PBF, which is run by Thomas O'Malley, one of the biggest names in the U.S. oil refining industry, reflects a dramatic recent change in the way East Coast refineries are sourcing the crude that they turn into everything from gasoline to heating oil and jet fuel.


The boom in the output of oil from North Dakota's shale has ebbed as producers have begun to cut back in the face of the plunge in prices by nearly 60 percent since the summer of 2014.

The supply restraint has made Bakken crude relatively more expensive after transport costs than oil shipped from Latin America, the Middle East and Africa, prompting East Coast refiners to return to a foreign crude diet they derided as unprofitable five years ago.

Three companies that resuscitated failing oil refineries on the East Coast less than five years ago with the promise of cheap domestic oil are now looking overseas instead, four sources familiar with the plans told Reuters.

Together, PBF, Philadelphia Energy Solutions Inc and Delta Airline's Monroe Energy are expected to cut their Bakken crude intake to the lowest levels since 2013, according to two oil traders who are familiar with East Coast rail arrangements.

PES, which bought a 335,000 barrel-a-day Philadelphia refinery that was slated for closure in 2012, has slashed its Bakken deliveries to just 17 trains in November from a peak of 100 trains a month during the summer, according to two sources familiar with the plant's operations.

The planned deliveries mark the lowest monthly volume since the company built a new rail terminal to take advantage of the Bakken revolution. EIA data shows PES imported more than double the amount between January and July, with cargoes from Nigeria, Chad and Azerbaijan.

The price of Bakken hasn't fallen as much as other oil, nearly wiping out the entire $6 a barrel discount to the U.S. benchmark that it traded at in January and sending refiners scrambling for other sources. Meanwhile, a glut of other crudes has made importing - including transport costs of $2 to $3 a barrel - much more attractive.

Because bringing crude by rail from North Dakota to an East Coast refinery usually costs about $10 to $11 a barrel, without a deep discount for the oil, moving it across the country becomes unprofitable. As a result, Bakken crude is used in the U.S. Midwest and Canada where lower transportation costs make it a profitable option.

East Coast refineries accounted for about 10 percent of nationwide imports of crude in July, according to the latest data from the U.S. Energy Information Administration. That is expected to rise as the Bakken shipments fall further, analysts and traders say.

PBF had poured over $50 million into upgrading its Delaware City rail terminal and signed long-term volume commitments to unload at least 85,000 barrels per day from trains at a fixed $2 a barrel cost, regardless of whether it takes the oil. As a result, the company is locked into paying $170,000 a day.

In a conference call late last week, PBF disclosed that it is only budgeting to take 25,000 barrels a day of Bakken oil delivered by rail at its East Coast refineries in 2016.

The company's spokesman Michael Karlovich said in an email that the company was transferring its single employee in the Oklahoma office to its headquarters in New Jersey, but declined to provide additional detail about the company's Bakken strategy.

PBF's Delaware City refinery imported about twice as much crude in July as in January, bringing in cargoes from Colombia and Peru, according to data from the U.S. Energy Information Administration. The company's Paulsboro, New Jersey, refinery increased its imports by 50 percent in the same period.

PES declined to comment on the shifting crude slate, while Monroe Energy did not respond to requests for comment.

The refiners had previously found that relying on crude from the likes of Colombia, Mexico and Saudi Arabia was unprofitable. But now it may be different provided Bakken crude remains relatively expensive and the U.S. economy doesn't head into a downturn.

That's because the refiners are buoyed by increased U.S. fuel demand, partly because of the low oil prices. In 2010, demand was shrinking.

Additionally, they are supported by the closure of underperforming refineries in the Atlantic Basin during the last downturn. And then there is the current availability of deeply discounted crude oil from overseas.

"They are looking for the lowest cost supplies," said Sandy Fielden, an analyst with RBN Energy. "A few years ago, that was North Dakota, but not today."