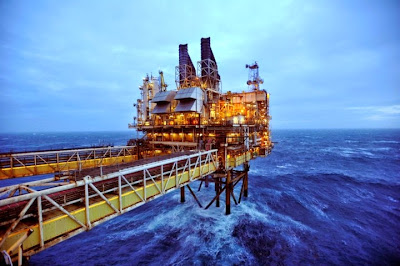 Crude oil prices extended their losses last week, falling to their lowest levels in nearly 5 years after the Organization of Petroleum Exporting Countries elected to keep its output target unchanged, even after one of the steepest slumps in oil prices following the global recession. NYMEX crude prices fell to about $65 per barrel, while Brent crude breached the $70 per barrel mark. There is a possibility that prices could fall further in the near term since it seems likely that OPEC, which accounts for about a third of global crude output, is looking to maintain global market share while waiting for higher-cost producers like the U.S. shale industry to scale back production.

There have been concerns on the demand side as well, given the relatively weak macroeconomic backdrop. According to the International Energy Agency, growth in global oil demand is set to hit a 5 year low this year. While the plunging prices have had broad repercussions across the energy industry, the oilfield services sector has been particularly badly hit, given that the sector’s revenues are tied to the upstream capital spending of oil and gas companies. For instance, the PHLX Oilfield Services index has declined by about 26% over the last six months. Oilfield service majors Schlumberger and Halliburton could see their business come under pressure, given that they have significant exposure to services for expensive and potentially higher hurdle rate plays such as deepwater and unconventionals. These could be scaled back as oil and gas companies see cash flows from their upstream operations decline.

Services directed towards unconventional wells could face the most significant near-term impact. Shale and tight oil wells have shorter production life spans and their flow rates tend to peak off quickly, and operators need to constantly drill new wells in order to maintain production. This makes shale activity more vulnerable to oil price declines as producers can quickly adjust their planned investments in new wells and scale back drilling activity. Shale wells also have higher production costs, on average, compared to conventional wells, making their output less viable as prices fall. While breakeven prices vary widely depending on the shale basin, the average breakeven price is estimated to be around $75 per barrel in the United States, making a large portion of unconventional oil production non-viableat current prices. Additionally, the situation could be compounded by the fact that many small independent oil companies have borrowed significantly to underwrite their drilling operations, which could potentially lead to a significant decline in the horizontal rig count.

Deepwater plays are important for oilfield services companies, given that they have a higher service intensity compared to shallow water and onshore wells – requiring more operations to drill, develop and produce hydrocarbons. Although the output from deepwater wells could be viable at current oil prices- since deepwater production costs per barrel can be as little as half that of shale oil – these projects have significantly higher initial investments and longer planning cycles compared to other oil plays. For instance, contract lives for deepwater services typically stand at about 8 years and deepwater wells can cost as much as $300 million each. The long cash conversion cycles and risk of these projects could make oil and gas companies more circumspect about committing to new projects as long as crude oil prices remain under pressure. Services directed towards mature oil fields could also face some pressure. Although these projects are likely to have a relatively lower risk profile and long time horizons when compared to shale projects, they still have relatively high production costs.
Posted by Crude Oil Daily at 11:06 AM