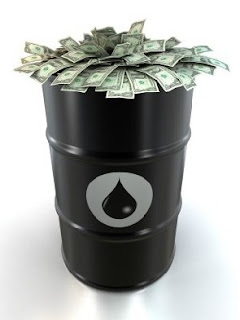 http://www.ghanaweb.com/GhanaHomePage/NewsArchive/artikel.php?ID=285533
Ghana earned $1.4 billion from the commercial production and export of oil from 2011 to June 2013, the Minister of Energy and Petroleum, Mr Emmanuel Armah Kofi Buah, has said.

He said 77 million barrels of oil had been produced as of September 10, out of which about 13 million barrels, representing Ghana’s share, went to the Ghana National Petroleum Corporation (GNPC).

The government invested the revenue in infrastructural development and other agreed purposes.

Mr Buah said the GNPC and the Jubilee partners had successfully carried out remedial works which had arrested the premature production decline and had since increased production to 110,000 barrels a day.

"This improvement is as a result of a successful acid stimulation operation performed on five of the nine Jubilee production wells,” he explained.

Mr Buah said the reduction of risk associated with oil production had resulted in an upsurge in investor interest in the country.

He said apart from 23 new oil discoveries, there were eight pending petroleum agreements, two of which were currently before the Cabinet, for oil exploration.
Posted by Crude Oil Daily at 9:10 AM