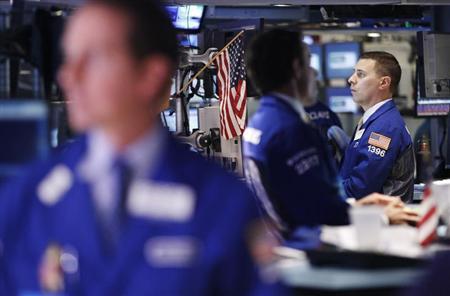 
The deficit narrowed to $43.0 billion, from an unrevised $44.5 billion in January. The consensus estimate of Wall Street analysts surveyed before the report was for the trade gap to widen slightly to $44.6 billion.

The lower-than-expected deficit could prompt analysts to raise their estimates of first-quarter U.S. economic growth.

The United States imported 205 million barrels of crude in February, down sharply from 261 million the previous month. The 17-year low came as monthly crude oil import prices rose nearly $2 a barrel from January to $95.96.

Higher imports of autos, consumer goods, capital goods and food offset the reduced imports of oil and other industrial supplies and material, leaving overall imports unchanged from January at $228.9 billion.

U.S. imports from China fell in February to their lowest level in nearly a year. The bilateral U.S. trade gap with China narrowed to $23.4 billion, also the lowest since March 2012.

Increased exports of industrial supplies and materials, other goods and autos were partly offset by lower exports of capital goods, consumer goods and food.