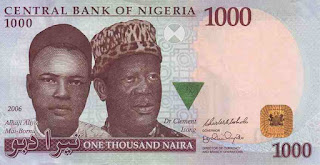 ABUJA, Nigeria (AP) - Nigeria's House of Representatives voted Friday to remove a lawmaker from a probe into the country's mismanaged fuel subsidy program over allegations that he took a bribe from an oil company.

Rep. Farouk Lawan of the country's ruling People's Democratic Party missed the hearing in Nigeria's capital, as police detained him the night before for questioning over an alleged $620,000 bribe paid by an oil company owner who has ties to President Goodluck Jonathan. Lawmakers unanimously voted to suspend Lawan from the probe and begin investigations into the actions of a legislative staffer.

The probe uncovered that the fuel subsidy program wasted billions of dollars.

Lawan remains a lawmaker in the House, the lower legislative body of the country's National Assembly. He could not be immediately reached for comment Friday.

House Speaker Aminu Tambuwal told lawmakers during the nationally televised hearing that the accusations should not taint the probe's discovery of "monumental fraud." The probe called for $6.7 billion to be repaid by importers, the state-run Nigerian National Petroleum Corp. and other agencies.

"We reject in totality insinuations ... that the effect of the allegations have eroded the integrity or recommendations of the report," Tambuwal said.

Confusion still surrounds the bribery allegations, which involve billionaire Femi Otedola, who runs Zenon Petroleum & Gas Ltd. and was an ardent supporter of Jonathan during the 2011 presidential campaign. Lawmakers did not discuss details of the allegations during their emergency session Friday.

The investigation by lawmakers began as a response to the national strikes and protests that paralyzed Africa's most populous nation in January following the removal of popular subsidies on gasoline that kept prices low. On the orders of Jonathan's administration, prices at the pump jumped Jan. 1 from 45 cents per liter ($1.70 per gallon) to at least 94 cents per liter ($3.50 per gallon).

cents a liter ($2.27 a gallon) to stop the six-day national strike. The president also deployed soldiers into Lagos and other cities in the country who blocked demonstrators and at times fired live ammunition and tear gas.

The subsidies, in theory, keep prices artificially low for buyers while paying companies for bringing in refined gasoline at a loss against the world market price. Nigeria, despite producing about 2.4 million barrels of oil a day, has decrepit refineries unable to meet the nation's demand for gasoline due to years of mismanagement and sabotage.

However, gasoline importation licenses became a means of patronage, as the number of companies involved jumped from six in 2006 to 140 in 2011, according to the report. In 2009, when there were 36 companies licensed to import, government officials once issued about $800 million in 128 transactions in a 24-hour period without proper documentation, the report reads.

Companies also won approval without any real oversight. In one case, two businessmen who made a pitch to handle waste management at the Nigerian National Petroleum Corp. instead applied to become importers and got a $12.4 million contract in 2011 for fuel it never supplied, according to the report.
___
Jon Gambrell contributed this report from Lagos, Nigeria.