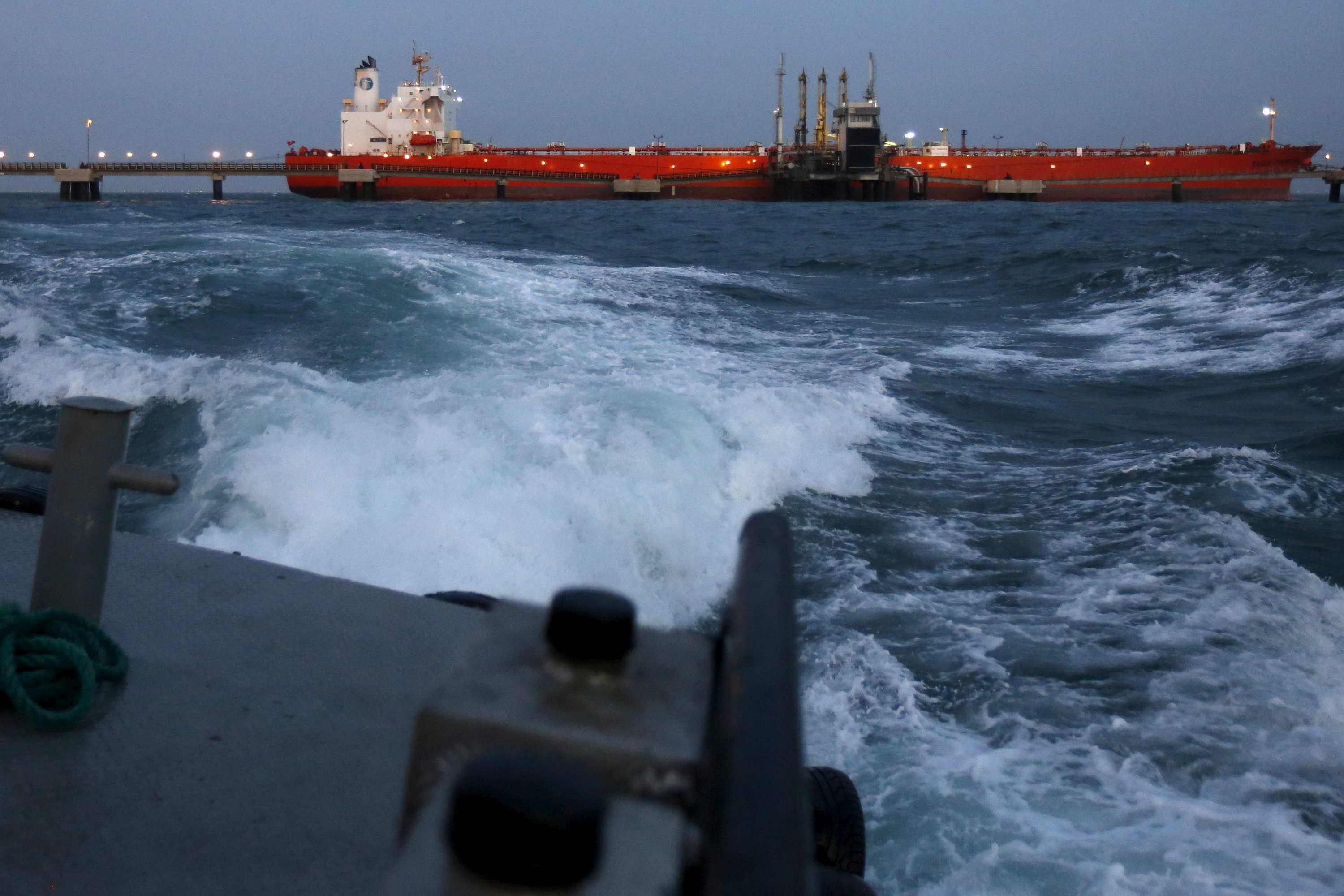 An oil tanker is docked while oil is pumped into it at the ships terminal of PDVSA's Jose Antonio Anzoategui industrial complex in the state of Anzoategui April 15, 2015. REUTERS/Carlos Garcia Rawlins

Venezuela's April oil exports were flat at about 700,000 barrels per day (bpd) for the third month in a row, with three-quarters of its shipments headed to Asia and the Middle East, according to tanker tracking data and documents from state-run Petroleos de Venezuela.

PDVSA's exports have stabilized in recent months following a sharp decline between late 2020 and early 2021 caused by U.S. orders to halt oil swaps that had allowed the exchange of Venezuelan crude for imported fuel.

A total of 25 cargoes set sail from Venezuelan waters last month, carrying 688,533 bpd of crude and fuel mainly to China, Malaysia and the United Arab Emirates. Exports to Europe fell to a single cargo of 110,000 barrels from two to three cargoes in previous months, the data and documents showed.

April volumes represented a 19% drop from the same month a year ago.

[For a graphic on Venezuela's monthly oil exports since 2020, click on: https://graphics.reuters.com/VENEZUELA-OIL/EXPORTS/xegpbqdzjvq/]

PDVSA and Venezuela's oil ministry did not immediately respond to requests for comment.

After exhausting most stocks of Merey and upgraded crude grades in April, PDVSA is preparing to restart two of its four upgraders, which in total are capable of converting over 600,000 bpd of extra heavy crude from the Orinoco belt into exportable grades.

The restarts could allow PDVSA to boost output from the Orinoco, the country's main producing region, while supplying more of its lightest grades to domestic refineries for motor fuel production. The lack of lighter oils has led to shortages of gasoline and diesel.

Among the exported cargoes this month, PDVSA sold a 991,000-barrel cargo of Corocoro crude, oil that had remained stored for over a year at the Nabarima floating facility, operated by the state firm and Italy's ENI (ENI.MI), the documents showed.

PDVSA also exported about 55,000 bpd of crude and fuel to its political ally Cuba, according to the data. Venezuela maintained imports within the range of previous months, of about 30,000 bpd.