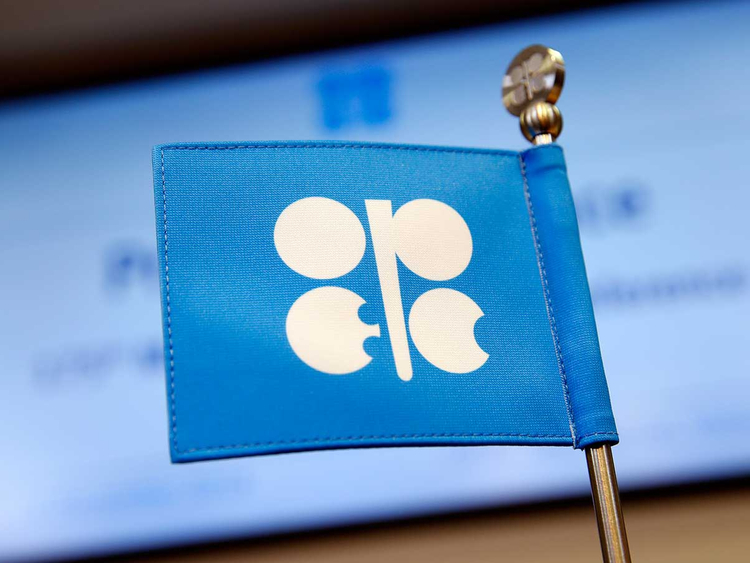 The Opec flag on a desk ahead of a news conference at the 175th Organisation Of Petroleum Exporting Countries (Opec) meeting in Vienna, Austria, on December 6, 2018. Image Credit: Bloomberg


DUBAI/MOSCOW/LONDON (Reuters) - OPEC and its allies will consider whether to deepen cuts to crude supply when they next meet in December due to worries about weak demand growth in 2020, sources from the oil-producing club said.

Saudi Arabia, OPEC’s de facto leader, wants to focus first on boosting adherence to the group’s production-reduction pact with Russia and other non-members, an alliance known as OPEC+, before committing to more cuts, the sources said.

OPEC members Iraq and Nigeria are among the countries that have failed to comply properly with pledged output reductions.

Saudi Arabia and other Gulf producers in the Organization of the Petroleum Exporting Countries have been delivering more than their share of promised cuts to stabilize the market and prevent prices from falling.

Riyadh has been pumping some 300,000 barrels per day (bpd) below its output target, taking the lion’s share of the curbs.

“The Saudis want to prevent oil prices from falling. But now they want to make sure that countries like Nigeria and Iraq reach 100% compliance first as they have promised,” one OPEC source said.

“In December we will consider whether we need more cuts for next year. But it is early now, things will be clearer in November.”

A second OPEC source said: “Of course deeper cuts are an option, but some things should happen before that. The rest of the OPEC+ countries will not cut deeply if Iraq and Nigeria don’t comply 100%.”

Two sources from OPEC and non-OPEC producers said that next month the JTC committee, which monitors compliance with the pact, could start considering scenarios for deeper cuts and make its recommendations to the OPEC+ meeting for debate in December.

“Lower seasonal demand in winter... may affect prices, going down. To reassure the (oil) market it would be better to deepen the cuts,” a source familiar with Russian thinking said.

Riyadh is worried about the oil demand outlook for 2020 amid trade tensions between the United States and China and their impact on crude prices, two sources familiar with Saudi thinking said.

But Iraq is struggling with anti-government protests and Nigeria was granted a higher oil output target in July as the African country plans to expand its oil industry.

OPEC+ has since January implemented a deal to cut oil output by 1.2 million bpd to support the market. The pact runs to March 2020 and the producers meet to review policy on Dec. 5-6.

Brent crude LCOc1 on Tuesday was trading around $59 a barrel, down from a 2019 high near $75 in April. Concern about weaker economies and demand due to uncertainties such as Brexit and the U.S.-China trade dispute have overshadowed lower supply.

“The Saudis would like to see oil prices higher than now. They are asking the other countries to comply first before they commit to another cut to boost prices,” a third OPEC source said.

“They are making it clear that prices are up because of their overcompliance.”

OPEC also sees slowing demand and a rise in supply from non-member producers next year, that source added.

OPEC’s own numbers also show a drop in demand for the exporting group’s crude next year and higher supply from rivals such as the United States.

This could press the case for further supply restraint in 2020, another source said.

“But it is not just about the numbers. Any decision to cut is also a political one,” that source said.
Editing by Dale Hudson