Shale Boom Is Slowing Just When the World Needs Oil Most 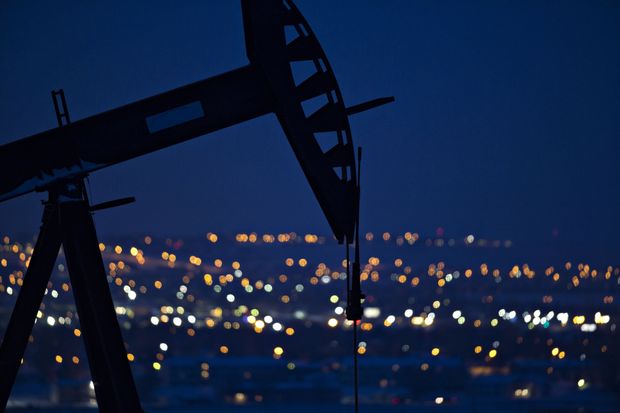 The American shale boom is slowing as innovation plateaus—and just when shale’s importance in global markets has reached new highs following an attack on the heart of Saudi Arabia’s oil infrastructure.

U.S. oil production increased by less than 1% during the first six months of the year, according to the Energy Department, down from nearly 7% growth over the same period last year.

Unlike several years ago, when shale production fell due to a global price collapse, the slowdown this year is driven partly by core operational issues, including wells producing less than expected after being drilled too close to one another, and sweet spots running out sooner than anticipated.

The challenges raise the prospect that the technological and engineering advances that have allowed shale companies to unlock record amounts of oil and gas from rock formations have begun to level off.

“We’re getting closer to peak production and we are reaching the peak of the general physics of these wells,” said James West, a managing director at Investment bank Evercore ISI.

U.S. shale oil production now accounts for about 8 million barrels a day, or roughly 10% of oil world-wide, significantly boosting global supplies. It has helped protect the U.S. and the world from geopolitical supply shocks, such as this month’s attack on Saudi Arabian oil facilities, which crippled the world’s largest oil exporter.

Some forecasters believe shale still has many years of growth ahead. Consultant Rystad Energy estimates shale production will peak at roughly 14.5 million barrels a day in around 2030. The growth trajectory could change due to factors such as higher prices and consolidation in the shale sector.

One factor that could lead growth to continue is the increasing shale footprint of major oil companies such as Exxon Mobil Corp. and Chevron Corp. They are now among the fastest-growing producers in the Permian Basin of Texas and New Mexico, investing heavily in factory-style shale production.

But growth also could slow if financial support from Wall Street tightens further and oil prices continue to hover around $60 a barrel—factors that are leading many small and midsize shale producers to pull back and emphasize profitability. That is making it more challenging for the companies to drill new wells as rapidly as they did previously.

While the attacks on Saudi facilities caused oil prices to spike this month, even a sustained price increase would have a limited impact on shale production because investors are demanding restraint, according to IHS Markit.

The slower rate of new wells means companies will need to wring more out of each well just to sustain current production, let alone increase it. But a growing body of data indicates the production gains from technological advances that many drillers have touted are leveling off, and older shale fields may have less oil left than originally thought.

Gains in oil production from U.S. onshore drilling rigs are declining rapidly, federal data show. In December, drilling rigs helped extract 25% more oil than they had a year prior. In August, they were producing about 14% more than last year, according to the Energy Information Administration.

Meanwhile, production in the first 90 days of an average shale well, its most productive period, declined by 10% in the first half of the year compared to the 2018 average, according to research by Raymond James.

In North Dakota, newer shale wells drilled by Hess Corp. are producing less oil than their predecessors. The wells initially were prolific. Hess wells that began producing this year in North Dakota generated an average of about 19,600 barrels of oil each in their first month, a company record for the region, according to data from ShaleProfile, an industry analytics platform.

A Hess spokeswoman said the group of wells isn’t representative of the company’s North Dakota inventory and noted that the company expects this year’s production to come in at the upper end of guidance.

In other mature shale regions, such as the Eagle Ford in South Texas, many operators also have seen productivity per horizontal foot decline as they have supersized their wells, according to ShaleProfile. That means some are drilling bigger and often more expensive wells to recover a similar amount of oil.

Among them is EOG Resources Inc. Its wells that began producing in the second quarter of 2017 have generated about 30 barrels of oil per horizontal foot on average, or roughly 198,000 barrels of oil each, after two years.

That is less per foot than EOG wells in the Eagle Ford that began producing in the second quarter of 2016, when the company’s oil output per foot peaked, ShaleProfile data show. Those wells, which were shorter, have produced roughly 38 barrels of oil per horizontal foot on average after two years, or about 194,000 barrels apiece.

Write to Christopher M. Matthews at christopher.matthews@wsj.com and Rebecca Elliott at rebecca.elliott@wsj.com
Posted by Crude Oil Daily at 2:22 PM