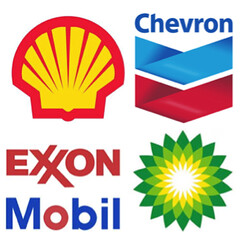 Workers at its Remuda lease near Carlsbad - part of a staff of 5,000 spread across New Mexico and Texas - are drilling wells, operating fleets of hydraulic pumps and digging trenches for pipelines.

The sprawling site reflects the massive commitment to the Permian Basin by oil majors, who have spent an estimated $10 billion buying acreage in the top U.S. shale field since the beginning of 2017, according to research firm Drillinginfo Inc.

Now that the field has made the U.S. the world’s top oil producer, Exxon and other majors are moving aggressively to dominate the Permian and use the oil to feed their sprawling pipeline, trading, logistics, refining and chemicals businesses. The majors have 75 drilling rigs here this month, up from 31 in 2017, according to Drillinginfo. Exxon operates 48 of those rigs and plans to add seven more this year.

The majors’ expansion comes as smaller independent producers, who profit only from selling the oil, are slowing exploration and cutting staff and budgets amid investor pressure to control spending and boost returns.

Exxon Chief Executive Darren Woods said on March 6 that Exxon would change “the way that game is played” in shale. Its size and businesses could allow Exxon to earn double-digit percentage returns in the Permian even if oil prices - now above $58 per barrel - crashed to below $35, added Senior Vice President Neil Chapman.

Exxon’s 1.6 million acres in the Permian means it can approach the field as a “megaproject,” said Staale Gjervik, the head of shale subsidiary XTO Resources, whose headquarters was recently relocated to share space with its logistics and refining businesses. The firm also recently outlined plans to nearly double the capacity of a Gulf Coast refinery to process shale oil.
“It sets us up to take a longer-term view,” Gjervik said.

The majors’ Permian investments position the field to compete with Saudi Arabia as the world’s top oil-producing region and solidifies the United States as a powerhouse in global oil markets, said Daniel Yergin, an oil historian and vice chairman of consultancy IHS Markit.

“A decade ago, capital investment was leaving the U.S.,” he said. “Now it’s coming home in a very big way.”

The Permian is expected to generate 5.4 million barrels per day (bpd) by 2023 - more than any single member of the Organization of the Petroleum Exporting Countries (OPEC) other than Saudi Arabia, according to IHS Markit. Production this month, at about 4 million bpd, will about double that of two years ago.

Exxon, Chevron, Shell and BP now hold about 4.5 million acres in the Permian Basin, according to Drillinginfo. Chevron and Exxon are poised to become the biggest producers in the field, leapfrogging independent producers such as Pioneer Natural Resources.

Pioneer recently dropped a pledge to hit 1 million bpd by 2026 amid pressure from investors to boost returns. It shifted its emphasis to generating cash flow and replaced its chief executive after posting fourth quarter profit that missed Wall Street earnings targets by 36 cents a share.

Shell, meanwhile, is considering a multi-billion dollar deal to purchase independent producer Endeavor Energy Resources, according to people familiar with the talks. Shell declined to comment and Endeavor did not respond to a request.

Chevron said it would produce 900,000 bpd by 2023, while Exxon forecast pumping 1 million barrels per day by about 2024. That would give the two companies one-third of Permian production within five years.

At first, the rise of the Permian was driven largely by nimble explorers that pioneered new technology for hydraulic fracturing, or fracking, and horizontal drilling to unlock oil from shale rock, slashing production costs.

The advances by smaller companies initially left the majors behind. Now, those technologies are easily copied and widely available from service firms.

Surging Permian production has overwhelmed pipelines and forced producers to sell crude at a deep discount, sapping cash and profits of independents who, unlike the majors, don’t own their own pipeline networks.

Even as the majors have ramped up operations, the total number of drilling rigs at work in the Permian has dropped to 464, from 493 in November, as independent producers have slowed production, according to oilfield services provider Baker Hughes.

“We have a bit more resilience” than the independents, Gerges said.

In west Texas, the firm drills four to six wells at a time next to one another, a process called cube development that targets multiple layers of shale as deep as 8,000 feet.

Cube development is expensive and can take months, making it an option only for the majors and the largest independent producers. Shell has used the tactic to double production in two years, to 145,000 bpd.
The largest oil firms can also take advantage of their volume-buying power even if service companies raise prices for supplies or drilling and fracking crews, said Andrew Dittmar, a Drillinginfo analyst.
“It’s like buying at Costco versus a neighborhood market,” Dittmar said.

“When you’re sitting across the negotiating table from the majors, the chips are stacked on their side,” he said.

The revival of interest in the Permian marks a reversal from the late 1990s, when production had been falling for two decades.

“All the majors and all the companies with names you’ve heard left with their employees,” said Karr Ingham, an oil and gas economist. “Conventional wisdom was this place was going to dry up.”

Chevron was the only major that stayed in the Permian. It holds 2.3 million acres and owns most of its mineral rights, too, but until recently left drilling to others.

But this month, Chief Executive Mike Wirth called the Permian its best bet for delivering profits “north of 30 percent at low oil prices.”

“There’s nothing we can invest in that delivers higher rates of return,” Wirth said this month at its annual investor meeting in New York.

Parsley holds 192,000 Permian acres - most of which was snatched up on the cheap during oil busts - and sees its smaller size as an advantage in shale.

“We’re not finished yet,” Gallagher said. “We can move very quickly.”
The majors have greater infrastructure, but independents continue to innovate and design better wells, said Allen Gilmer, a co-founder of Drillinginfo.

“Nothing is a bigger motivator than, ‘Am I going to be alive tomorrow?’” Gilmer said. “Hunger and fear is something that every independent oil-and-gas person knows - and that something no major oil-and-gas person has ever felt in their career.”
Posted by Crude Oil Daily at 11:28 AM