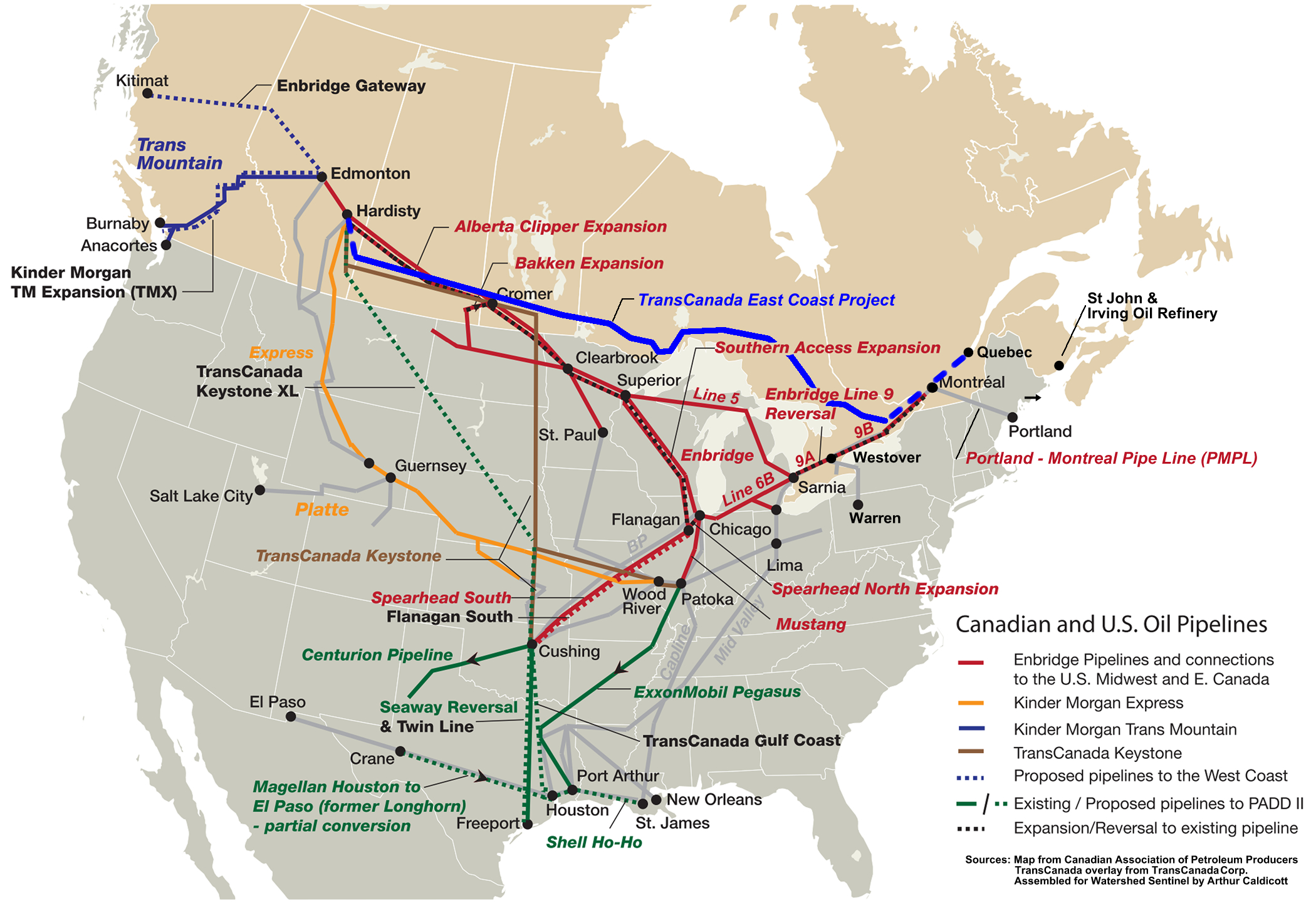 Canadian and US pipelines are a study in contrasts, writes Poten & Partners in a comment piece.
Recently, the Canadian Government announced that they are buying the Trans Mountain pipeline system and its expansion project from current owner Kinder Morgan for Can$4.5 bill. The expansion project, if it goes ahead, is expected to cost an additional Can$7.4 bill.
This lifeline from the Canadian government became necessary after Kinder Morgan strongly considered pulling out of the project.
Its importance is that it is the only Canadian pipeline that moves domestic crude to the country’s coastline for export.
While its capacity is 300,000 barrels per day, some 221,000 barrels per day is allocated to refineries with connections in British Columbia (BC) and Washington State. Only about 80,000 barrels per day is allocated to the Westridge Terminal in Burnaby, BC (near Vancouver), which is only enough to load one Aframax (the maximum vessel size allowed at this facility) per week.
This is only a trickle when compared to Canada’s oil production which, in March 2018, was a near a record 5.2 mill barrels per day, according to the IEA. Even if the  expansion project goes ahead, tanker exports will remain relatively small.
Looking back to late 2014/early 2015, the outlook for Canadian production and exports was rosy. Several export pipelines were planned and analysts (including Poten & Partners) were forecasting a significant change in tanker trade flows in the 2017/2018 time-frame.
An overview of the North American pipeline proposals updated by the Canadian Association of Petroleum Producers (CAPP) in September, 2014, showed Keystone XL (+830,000 b/d), Energy East (+1,100,000 b/d), Northern Gateway (+525,000 b/d) and the Trans Mountain Expansion (+590,000 b/d).
These projects combined represented more than 3 mill barrels per day of additional pipeline export capacity for Canadian oil producers, all to be completed before 2019. We are now in the middle of 2018 and none of this new capacity has materialised, Poten said.
Northern Gateway and Energy East have been cancelled, the Keystone XL is still mired in legal problems (even though the Trump administration fast-tracked the State Department approval) and the Trans Mountain Expansion is on life-support.
As mentioned, Canada produces about 5.2 mill barrels per day of crude oil (mostly in the Western States) while added to that, Eastern Canadian refiners import another 700-800,000 barrels per day of foreign crude.
Canada only consumes only 2.3 mill barrels per day and almost all of the excess production (around 3.5 mill) currently goes to the US. Since US domestic production is growing rapidly, Canadian crude is facing more competition and the discount to international benchmark prices at which Canada is selling its crude to the US is significant.
This costs Canadian producers an estimated Can$15.6 bill a year. Building some of the proposed export pipelines would have gone a long way to solving this problem, Poten said.
Today, the contrast between Canada and the US is particularly stark. One analyst commented recently: “In Canada, new pipelines are met with red tape. In Texas, they are met with a red carpet.”
While Canadian pipelines are struggling, the opposite situation exists in the south of the US. As a result of the shale boom, in particular in the Permian Basin in Texas, pipeline operators are planning more than 3 mill barrels per day of additional capacity, with 1 mill barrels per day already under construction.
Oil is a global commodity and through the pricing mechanism, it will find a way to get to market. If it cannot be exported directly to Asia or Europe, Canadian crude will continue to move south of the border.
Some of it may even be transported to the US Gulf coast and exported to Asia, Poten concluded.