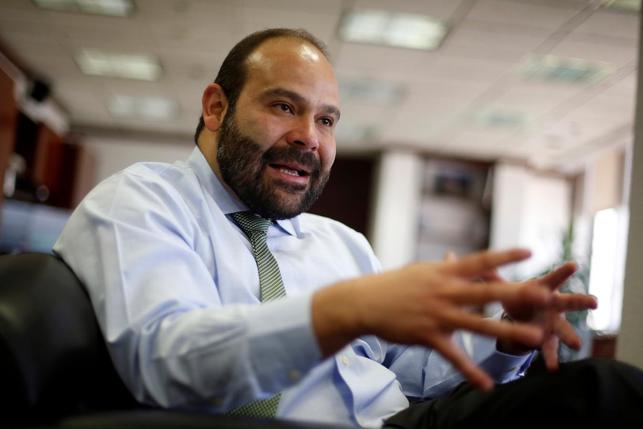 Chief Financial Officer Juan Pablo Newman said in an interview that Pemex is seeking private sector expertise to make its six domestic refineries more efficient, as an extended crude price slump and years of underinvestment in its downstream assets has battered the company's bottom line.

"We may not have a majority stake in the refineries, but we are going to dilute our participation," said Newman at his office on the 38th floor of Pemex's headquarters in Mexico City.

He said Pemex aims to spend about 30 billion pesos ($1.65 billion) on its refineries this year, while it seeks additional investment from private partners.

Newman added that private operators could bring much-needed efficiencies to the company's refining unit, its worst-performing division over many years.

In the first quarter of this year, Pemex ran up its 14th consecutive quarterly loss at about 62 billion pesos ($3.6 billion), as both crude prices and output fell.

Last month, Mexico's finance ministry announced a capital injection of about $4.2 billion to pay down outstanding bills to Pemex contractors as well as some of its pension liabilities.

Newman said Pemex's average crude oil output this year will "probably" beat the company's forecast of 2.13 million barrels per day (bpd), though he did not say by how much.

"We do think it could be higher, but our challenge is to stabilize production," he said.

The company's crude production currently stands at about 2.23 million bpd.

Newman added that the company will likely not launch an energy infrastructure investment trust, known as Fibra E, this year due to ongoing accounting work on company assets.

"It looks very difficult to me (to be able to launch this year)... and right now, it's not part of our financing plans."

Pemex saw its 75-year-old production monopoly undone by a constitutional energy reform in 2013, and following two years of falling crude prices, the company is seeking partners to boost output and improve margins.