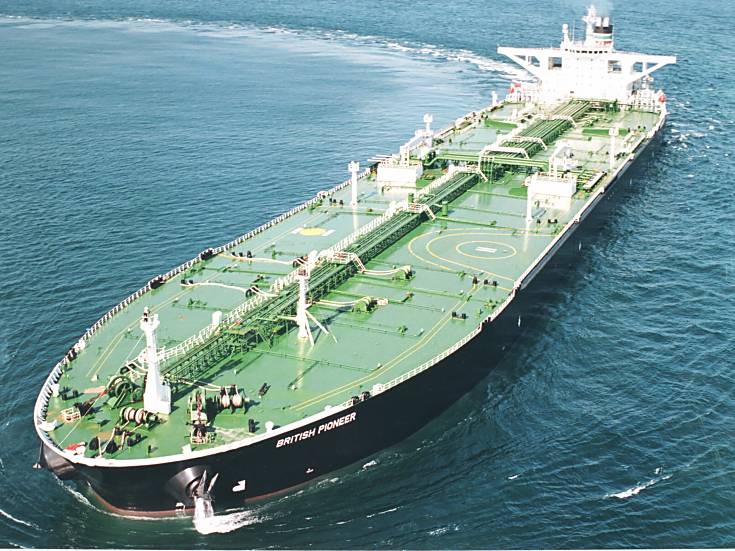 
The CEO of Denmark's Maersk Tankers said Monday his company had sold its fleet of 15 VLCCs to Antwerp, Belgium-based Euronav NV for $980 million, as part of a wider strategic move to focus on the product tanker side of the business which it saw recovering far quicker than the crude segment.

CEO Morten Engelstoft told Platts in a telephone interview that he saw more years of pain ahead for crude tankers, while the product tanker sector would probably be the first to recover.

Tanker companies have been suffering for the last few years from a global overhang of crude tanker tonnage which has combined with the economic recession to push rates in some cases to below break-even.

Engelstoft said his company had timed the sale to switch into the potentially much healthier sector.
"I would say as far as we can see, over the next coming years that the current [depressed] situation will remain with crude," Engelstoft said.

"As you know the market is very cyclical and within the product tanker segment we expect the market will be the first to turn fundamentally," he added.

"It is difficult to predict exactly when the product tanker markets will turn. But we do expect that in the next couple of years things will be better."

The Danish company said the sale was part of its strategy to offload non core assets and to focus on the product tanker side of the business.

Engelstoft said Maersk was embarking on a renewal process of its product tanker fleet for an undisclosed amount of money.

"Last year we ordered deliveries of four MRs in 2016 and we have the option of two more MRs," he said.

"It is our intention along the way to modernize our product tanker fleet. We will not expand the fleet but we need to to invest in energy efficient vessels."

The company said the tankers would be delivered to Euronav in the coming months.

Engelstoft said that after the Euronav sale his group retained a number of VLCCs, but said his company had no immediate plans to sell them, nor did he say what his longer-term position was on them.

"With the sale of the VLCCs we have taken a big step to being a product tanker focused company. We still have six VLCCs on long term charter and these will remain with us going forward," he said.

Euronav said in a separate statement the VLCCs it was buying from Maersk Tankers had an average age of four years.

It said the ships would join its large tanker fleet currently made up of one ULCC, 11 VLCCs and 23 Suezmaxes.

The Belgian company said the vessels would be operated in the Tankers International VLCC Pool of which Euronav was a founding member.

"The outlook for the large crude tanker market has improved significantly over the last months indicating a resurgence of demand and an improved near term outlook," Euronav said.

"Euronav considers the acquisition as a first step towards a wider consolidation of the world tanker fleet, with the concurrent benefits of synergy and logistical enhancement to the benefit of all stakeholders," it said.

Euronav said in a later statement Monday that to finance the acquisition it had decided to raise $350 million in a capital increase, including an issue of new shares.

An extraordinary meeting of shareholders will be held in February to vote on the move.

Euronav also said it would finalize in the coming days a $500 million bank debt facility as well as $235 million of mezzanine financing to complete the funding of the acquisition.