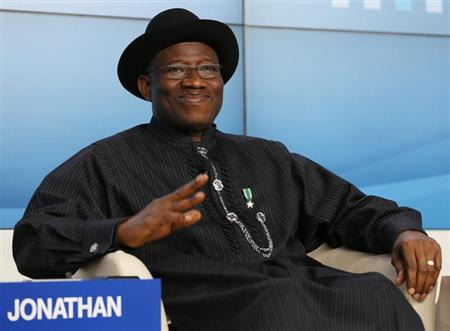 
Diepreye Alamieyeseigha, ex-governor of oil producing Bayelsa state and ally of Jonathan, was sentenced to two years jail in 2007 on charges of corruption and money laundering.

It was the first case of a top politician being convicted for graft in the nation's history.

He served just days of his sentence after spending nearly two years in detention awaiting trial. The pardon will enable him to re-enter politics if he chooses.

Anti-corruption campaigners say sentences handed down to powerful politicians for graft are too soft, and are often less than those handed to petty thieves and robbers.


Nuhu Ribadu, former head of the Economic and Financial Crimes Commission (EFCC) that prosecuted Alamieyeseigha, said the pardon was "shocking and unbelievable".

Alamieyeseigha was originally arrested in London in 2005, but he skipped bail and escaped back to Nigeria dressed as a woman. He was later impeached on the charges at home and authorities made efforts to seize much of his British property.

Jonathan proposed the pardon on Tuesday and the council of state, which comprises former heads of state, a former chief justice, sitting governors and the national assembly, approved it on the same day.
"The council of state ... met yesterday and approved pardons for many Nigerians, including ... former Bayelsa governor DSP Alamieyeseigha and many others. I think about eight of them," presidential spokesman Doyin Okupe said on Channels TV.

Bayelsa is the heart of the Ijaw ethnic group, to which Jonathan and Alamieyeseigha both belong. The region accounts for a quarter of Nigeria's 2 million barrels a day plus of oil production.
"It's very sad and ... it will have a terrible effect on the fight against corruption," Ribadu told Reuters by telephone.


"The message this is sending out is that corruption is OK. It's telling law enforcement agencies and judiciary: 'don't waste your time anymore' ... I feel sad for my country."

Ribadu headed a team that produced a report on Nigeria's oil and gas sector last year, detailing how the country had lost tens of billions of dollars in oil and gas revenues over the past decade because of corrupt deals between oil majors and officials.

The reaction of the Jonathan administration to that report has been largely just to ignore it.
"We thought what was going on was not really encouraging, but now this is really the worst development," Ribadu said.

Had Alamieyeseigha not fled Britain, he may have faced an altogether stiffer sentence, as another governor of an oil producing state, James Ibori, found out last year.

Ibori was convicted in London of embezzling 50 million pounds ($79 million) last year and got a 13-year prison term, which he is serving in Britain.

He is expected to serve at least half of it.

Also on the list of those pardoned was General Shehu Musa Yar'Adua, older brother of former President Umaru Yar'Adua. He was sentenced to life by military dictator Sani Abacha for calling on him to restore civilian rule. He died in jail.