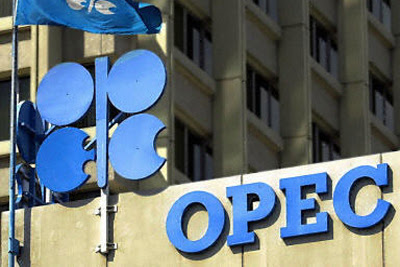 Compare and versions
VIENNA — OPEC ministers agreed to keep their daily crude production target unchanged at a meeting Wednesday. But in a sign of internal rivalries, they failed to reach consensus on a new secretary general, a post sought by Saudi Arabia, Iran and resurgent oil-power Iraq.

The agreement to leave the production ceiling at 30 million barrels a day was expected. Actual output, however, is a million barrels higher because some countries produce above their limits.

The 12-nation Organization of the Petroleum Producing Countries is expected to continue breaching the ceiling, despite a plentiful world supply of oil. Robust U.S. production and anemic world demand due to flagging economic growth have further contributed to pushing crude inventories unusually high.

OPEC predicts even less demand for its oil next year in part because of weak economic growth in consuming countries – something the organization said was the "biggest challenge facing global oil markets in 2013."

OPEC Secretary General Abdullah Al-Badry detailed some of the key risks to growth and oil demand – Europe's debt crisis, Japan's weak economy and America's "fiscal cliff," the hundreds of billions of dollars in tax hikes and spending cuts due to take effect on Jan. 1 unless politicians reach a budget deal.

"We see uncertainty in 2012 and in 2013, and we see the world economy is not in good shape," Al-Badry told reporters.

On the bright side, he said he expected the U.S. Congress and the White House to reach an agreement to avoid the fiscal cliff, which could push the world's largest economy into recession. He also forecast continued economic growth – and oil demand – from America, as well as China, India and other developing countries. The decision to keep to the present production target reflected most OPEC nations' belief that prices remain high enough to keep sales profitable, despite the weak global economy.

Benchmark crude for January delivery was up 70 cents to $86.49 a barrel in electronic trading on the New York Mercantile Exchange, gaining for the second day after falling for five straight sessions.
Brent crude, used to price international varieties of oil, was up 90 cents to $108.91 per barrel on the ICE Futures exchange in London. Brent has been well over $100 a barrel most days this year – a level within OPEC's comfort zone.

Iranian oil minister Rostam Ghasemi – whose country is losing hundreds of thousands of barrels a day in oil sales due to international embargoes over its nuclear program – said the Islamic Republic ideally sought a cut of 2 million barrels a day to the OPEC ceiling. But even he added that Tehran could accept the current daily ceiling of 30 million barrels.

"The state of the market today is fine, but if OPEC does reduce its production the state will improve," he said.

Ghasemi also played down the effects the sanctions were having on his country as an instrument of pressure to force concessions on a nuclear program some nations fear may be geared to making weapons – allegations Tehran denies.

He claimed the Iranian state had cut its financial dependence on oil income by 20 percent in the last three years. "Next year we will do the same," he said.

OPEC ministers did not agree, however, on replacing Al-Badry as the organization's secretary general – the public face of the organization between ministerial meetings and a symbol of the cohesion the group likes to project despite persistent internal rivalries.

Instead, the meeting extended him for a sixth year, making him one of the longest-serving officials in that post in OPEC's history.

The choice of secretary general must be unanimous among OPEC's 12 members. The failed Saudi, Iranian and Iraqi bids reflected the divisions between those member states, despite the cartel's outward show of unity.

A choice between Iran and the Saudis – whose disputes extend beyond oil dominance to regional political rivalries – would have further polarized the organization. Iraq, which is vying to out-produce the Saudis in the next decade, also was considered by some members to have its own agenda instead of wanting to serve OPEC.

Analyst Cornelia Meyer, CEO of MRL Corporation suggested that despite internal strains, OPEC – which produces more than a third of the world's crude – remained successful in helping keep "the world adequately supplied with oil."

"While it has one aim, it has so many divergent views," she said. "It's never been cohesive."
___
Margaret Childs contributed to this report.
Posted by Crude Oil Daily at 5:58 PM