Opec not a constraint to produce 5m barrels of oil 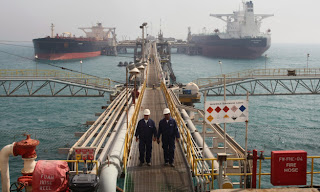 AMMAN: Iraq can produce as much as five million barrels a day of oil without needing to ask for Organisation of Petroleum Exporting Countries’ (Opec) permission because this is a sovereign decision, the chairman of the Iraqi parliament’s oil and energy panel said.

“I don’t think Opec is a constraint” to output of such a level, Adnan Al Janabi said yesterday at the Iraq 2011: Future Energy conference organised by The Energy Exchange in Istanbul.

Boosting production
The country has historically produced crude at a level comparable to that of Iran, which has a limit of 3.336 million barrels a day, according to data.

Production at Iraq’s West Qurna-1 oilfield has reached 350,000 barrels a day, compared to 268,000 barrels a day in March, according to Paul Dubetz, a vice-president at Exxon Mobil.
Further wells and sophisticated systems are needed to increase production at the field, he said in Istanbul. Exxon and Royal Dutch Shell hold rights to the field.